Essay: The Ghost of Atheism Yet To Come 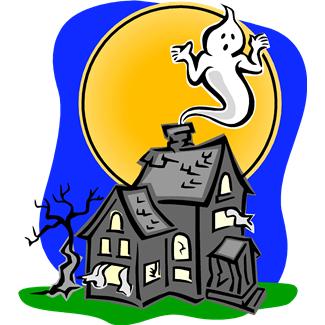 The atheist author David Madison, PhD wrote in March of 2019: "I remain haunted—and terrified—by what I read on a Christian website, not long after the turn of this century: that by 2025, there will be one billion (yes, that’s with a “b”) Pentecostals in the world."[1]

By the way, have you read the articles European desecularization in the 21st century and Future of atheism in China?

The American sociologist and author Peter L. Berger introduced the concept of desecularization in 1999.[2][3]

According to Berger, "One can say with some confidence that modern Pentecostalism must be the fastest growing religion in human history."[4] See also: Growth of pentecostalism and Growth of religious fundamentalism

Razib Khan points out in Discover Magazine, "most secular nations in the world are those of East Asia, in particular what are often termed 'Confucian societies'. It is likely therefore that the majority of the world’s atheists are actually East Asian."[6] A study conducted by the Washington-based Pew Forum on Religion & Public Life says that Africans are among the most religious people on Earth.[9] Africa has a high fertility rate and it is seeing a big population boom. According to the Institute For Security Studies: "Africa's population is the fastest growing in the world. It is expected to increase by roughly 50% over the next 18 years, growing from 1.2 billion people today to over 1.8 billion in 2035. In fact, Africa will account for nearly half of global population growth over the next two decades."[10] See: Religion and Africa Austria's census data permits demographers to perform analysis which indicates the secular population in Europe plateauing by 2050, or as early as 2021.[12] See: European desecularization in the 21st century

Future of the atheist population[edit]

According to MacCulloch, "Christianity, the world's largest religion, is rapidly expanding – by all indications, its future is very bright."[16]

According to MacCulloch, "Christianity, the world's largest religion, is rapidly expanding – by all indications, its future is very bright."[17]

In 2012, the Center for the Study of Global Christianity at Gordon-Conwell Theological Seminary (GCTS) reported that every day there are 83,000 more people professing to be Christians per day, 800 less atheists per day, 1,100 less non-religious (agnostic) people per day.[18][19]

"I love the sound of mouse clicks to my Facebook posts. It is the sound of victory!" - Freedom From Atheism Facebook administrator