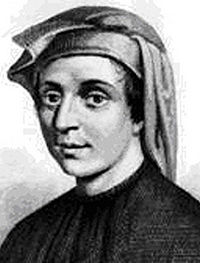 Leonardo of Pisa, better known as Fibonacci, was a medieval European mathematician who is best known for having discovered the Fibonacci sequence.

The Fibonacci sequence is a mathematical sequence which begins with two ones and in which each subsequent number is the sum of the previous two numbers. Therefore, the first 14 numbers of the Fibonacci sequence are 1,1,2,3,5,8,13,21,34,55,89,144,233,377. Fibonacci discovered this sequence while studying the reproductive patterns of some rabbits he owned. This mathematical sequence has many practical applications in biology, e.g., in studying reproduction and the spiraling patterns of flowers.[1] He wrote a math textbook called Liber Abaci, which translates into English as The Book of the Abacus.