Gabrielle Giffords (born June 8, 1970 in Tucson, Arizona) is a former Democratic U.S. Representative from Arizona's 8th congressional district, serving from 2006 to 2012. Giffords was the main target of the 2011 Tucson Shootings and was wounded in the attack. She resigned from the House of Representatives in January 2012 to focus on her recovery.

Giffords attended Cornell University and Scripps College in California. She was elected to the Arizona State House in 2000, and two years later became the youngest woman ever elected to the Arizona Senate. Giffords is married to astronaut Mark E. Kelly, who has piloted space shuttles Endeavour and Discovery. The two met in China in 2003 while they were serving on a committee there, and were married in January 2007. [1] Giffords was elected to the House of Representatives in 2006 and was a Blue Dog Democrat. She is pro-choice, a supporter of solar energy, and voted in favor of ObamaCare.[1] She was a member of the Armed Services Committee, Foreign Affairs Committee, and the Science and Technology Committee.

On January 8, 2011, she was shot along with at least 17 others by a gunman while holding a public event outside of a grocery store in Tucson. [2] U.S. Representative Gabrielle Giffords of Arizona will survive being shot in the head by a man who opened fire at her community meeting in Tucson, killing six people including a federal judge. [3] [4] Reports are confirming that an aide to the congresswoman and a federal judge, John Roll were killed in the attack. [5]

Latino Daniel Hernandez, Gabrielle Giffords' new 5-day intern may have saved her. Many are praising the actions of Hernandez, who was standing near Giffords when she was shot in the head. He had only been her intern for five days, but rushed to her side when she went down, held her head in his lap and applied consistent pressure to the wound. He is a junior at the University of Arizona and he also advised others what to do with the other wounded people while they waited for help to arrive, according to MSNBC. Hernandez had taken some first aid courses in high school but he is being hailed as heroic for his actions on Saturday.

The way that she was communicating was by grabbing my hand," Hernandez says. "I would ask her a question and she would squeeze my hand in a way to acknowledge that she was still conscious and awake and still able to hear what I was saying." [6] Using his hand, Hernandez applied pressure to the entry wound on her forehead. He pulled her into his lap, holding her upright against him so she wouldn't choke on her own blood. Giffords was conscious, but quiet. The fact that Hernandez was nearby and able to react quickly probably saved Giffords’ life, said state Rep. Matt Heinz, D-Tucson, and a hospital physician.

On January 8, 2011, Giffords and at least 17 people, 6 of whom are reported dead, were shot at Giffords' "Congress on Your Corner" event [7], including three members of the Democratic congresswoman's staff in Arizona. She was shot by 22 year-old Jared Lee Loughner. Six have died, including one of Giffords' aides and a 9-year-old girl. Several others are in critical condition at the University of Arizona Medical Center. [8] 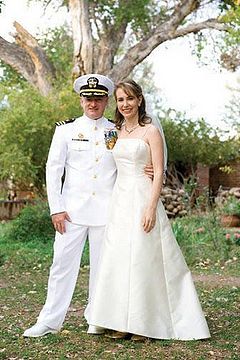