The Epistle to the Hebrews discusses the book in the New Testament, which explains the logic for Jesus.

The Hebrews were God's chosen people. They were the ancestors of the Israelites, who would eventually fulfill the Promise of entering the promised land that God had given to them in covenant with Abraham and later with Jacob. The term was usually used to denote a group based on ethnicity, whereas more modern usage of Jews blurs ethnicity and religion. The Hebrews were expected to follow God as children of the Promise. The term is usually used in the Bible before there was a nation of Israel. It is a common usage in the Exodus[1][2][3][4] in the Old Testament to describe the descendants of Jacob who were put under bondage in Egypt. The Hebrews, Israelites, also called and known as Jews, at least since the time of Esther.[5][6][7][8] 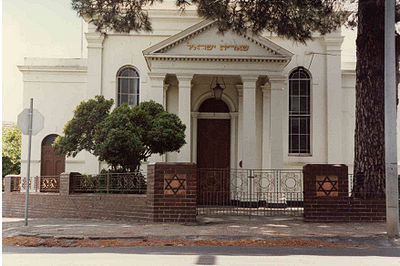