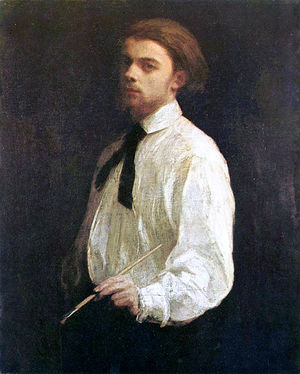 Latour exhibited in the Salon of 1861, and many of his more important canvases appeared on its walls in later years, though 1863 found him with Harpignies, Edouard Manet, Legros and James Whistler in the Salon des Refuses. [2]