In Greek mythology, Hercules was the son of Zeus, the king of the gods, and the mortal woman Alcmena. Possessing great strength, he was constantly tormented by Zeus' goddess wife, Hera, who sought to have him killed to blot out the reminder of Zeus' infidelity. Even as an infant two snakes were sent to kill Hercules in his crib, but instead he strangled them with his great strength. Hera later made Hercules insane so that he killed his family, and, once he recovered his sanity, planned to commit suicide until Theseus convinced him not to. 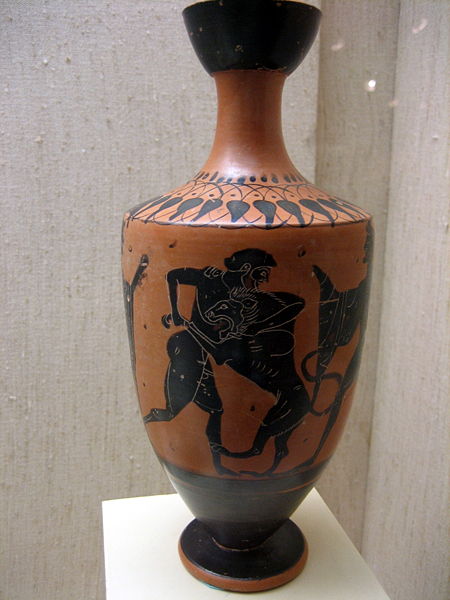 Hercules fights against a lion

The legends of Hercules are many, including his Twelve Labors, and his eventual death due to poison through trickery and his killing of a lion. Hercules has become a major part of western culture and has had TV shows based on the character as well as many movies. The Hercules of mythology is often more savage and his character more unstable than what is usually shown in these adaptations.