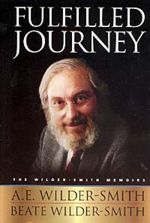 The Huxley Memorial Debate took place on February 14, 1986 under the auspices of the Oxford Union, a student debate club of Oxford University. The motion "That the Doctrine of Creation is more valid than the Theory of Evolution" was debated by Edgar Andrews and A. E. Wilder-Smith for the ayes, and Richard Dawkins and John Maynard-Smith for the noes. A few members of the Oxford Union were additional speakers. After approximately 3 hours of debate, the notion was defeated by 198 to 115 votes.

The Creation Research Society stated regarding the debate the following:

As noted earlier, it was agreed before the debate that discussion of religion was not to occur during the debate and that only the evidence related to the physical sciences were going to be discussed. At the end of the debate, Richard Dawkins started to give an impassioned plea to the audience to not give a single vote to the creationists which would show support for creationism. Mr. Dawkins was told to sit down by the President of the Oxford Union for violating the terms of the debate as far as not mentioning religion (as noted earlier John Maynard Smith also violated the terms of the debate).[1]

The actual outcome of the vote is not clear. A report on the website of the American Association for the Advancement of Science (AAAS), quoting a publication by John Durant[2] lists 198 votes for the noes and 15 for the ayes.[3] A Christian site reports that Paul Humber from the Creation Research Society in Australia contacted the Oxford Union and got a reply from a Jeremy Worth that 'The results [of the votes] are noted in a large minute book which spans several years. I'm sorry to say that the minute book in question was either lost or stolen many years ago, which is a great pity.'[4] It seems that the only reliable records for the debate outcome are copies in mp3 format of the debate tapes that can be viewed on YouTube. The teller of the vote can be heard to announce the outcome as 198 for the noes and 115 or 150 (the voice of the teller is not clear) for the ayes.

Paul Humber notes there was a deception that occurred during email correspondence with Mr. Dawkins concerning the tally of vote counts that occurred for the Huxley Memorial Debate between creation scientists Professor A.E. Wilder-Smith and Professor Edgar Andrews and evolutionists Richard Dawkins and John Maynard Smith.[1] Mr. Humber did not indicate whether Mr. Dawkins committed the deception or was merely duped by someone who provided an altered account.[1]