John Wise (August 15, 1652 - April 8, 1725) was a Congregational minister, theologian, and pamphleteer and philosopher of Natural Law, who was noted for his political activism in support of liberal church and civil government. His opinions regarding religious and civil democracy foreshadowed the logic of the Declaration of Independence.[1]

Wise was well known for leading a group of citizens against the loyalist governor, Sir Edmund Andros, over the issue of excessive taxation.[2]

For Wise' activism, the town of Ipswich, Massachusetts calls itself "The Birthplace of American Independence".[3]

He first went to Ipswich in the Parrish of Chebacco to preach in 1680, being "highly recommended by the General Court;" and on the 12th of August, 1683, he was set apart to the work of the ministry in that place.[4]

In person Mr. Wise was of a majestic form, and of great muscular strength and activity. In his earlier years, he had a high reputation as a wrestler. Some time after his settlement, a certain Captain Chandler of Andover, who had considered himself as perfectly indomitable in the way of wrestling, came down to Mr. Wise's parish on purpose to try strength and skill with him. Mr. Wise, for some time, resisted the proposal, doubtless from a regard to the decorum due to his office; but he was finally prevailed upon to engage with the Captain once. And scarcely had the contest begun, before the boasting hero found himself upon his back, and the parson went off with his laurels. 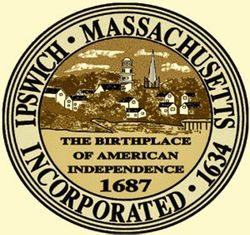 In August, 1687, he was brought into collision with the government for advising the town not to comply with Sir Edmond Andros' order for raising a Province tax, on the ground that such a measure was contrary to Charter Rights.

Opposition to the Crown

He was a distinguished friend to the liberties of the colonists in church and state.[5] His opposition to the raising of a Province tax was regarded a high misdemeanor, and in consequence of it, he was tried, subjected to a heavy fine, and to imprisonment, for remonstrating with others against taxes without an assembly. He stood in refusal to pay a tax unlawfully levied by him in the service of his master, James II.[6]

He was also deposed from the ministry. He, later made some concession to the government, after which, he seems to have been permitted to resume his professional duties.

In May, 1689, he was one of two Representatives from Ipswich, to meet in Boston for the purpose of reorganizing the former Legislature, after the administration of Andros was overthrown; and in December of the same year he was appointed by the town, one of a committee to prepare, according to the order of the General Court, a narrative of the late Governor's supercilious treatment towards himself, and other inhabitants of Ipswich. About this time, he brought an action against Chief Justice Dudley for denying him the benefit of the habeas corpus Act, while he was imprisoned. In July, 1690, he was appointed by the Legislature to act as chaplain in the expedition against Canada. He accepted the appointment, and distinguished himself by his heroic spirit and martial skill, as well as by the faithful discharge of the sacred duties that more immediately devolved upon him. In 1705, it was recommended by the Boston clergymen that the several Associations of ministers should be so connected with the respective churches under their pastoral care, as to form a standing Council to which all ecclesiastical difficulties might be referred. Mr. Wise took a very active part in opposition to the proposed measure; and in a work on the subject which he published, in 1710, entitled "The Church's quarrel espoused," he evinced great shrewdness' and wit as well as great zeal. He contended for the strict independence of each church, maintaining that each has all ecclesiastical authority within itself. In 1717, he published another work of similar character, entitled "A vindication of the Government of the New England Churches." Both these are regarded as high authority in the department to which they belong. When inoculation for the small pox was introduced in 1721, Mr. Wise openly and strongly approved of it; though, in doing so, he incurred much popular odium.[4]

Mr. Wise died on the 8th of April, 1725, aged seventy-three. In the beginning of his last illness, he remarked to one of his friends, that he had been a man of contention; but as the state of the churches made it necessary, he could say, upon the most serious review of his conduct, that he had fought a good fight. He died in the full confidence that he should enter into rest. It was inscribed on his tombstone: "For talents, piety and learning, he shone as a star of the first magnitude."[4]

It is related of him that there was, on one occasion, a remarkable coincidence between a prayer which he offered and the event immediately following it. A boat's crew from his parish were captured by a company of pirates. He offered earnest supplications for them on Sabbath morning, and said: "Great God, if there is no other way, may they arise and butcher their enemies." The men returned the next day and related that they had actually, the very morning before, attacked the pirates, and succeeded in dispatching them.

"Mr. Wise was enriched with the excellencies of nature and of religion, uniting a graceful form and majestic aspect to a lively imagination and sound judgment, and to incorruptible integrity, unshaken fortitude, liberal charity and fervent piety. His attachment to civil and religious liberty was zealous and firm. He was a learned scholar and eloquent orator."

Mr. Wise left a widow and eight children. Two of his sons were graduated at Harvard College. Jeremiah, the elder, was graduated in 1700; was settled in the ministry at Berwick, Maine, as successor to the Rev. John Wade, November 26, 1707, and died January 20, 1756. He published A Sermon on the death of Charles Frost, 1725; Mass. Election Sermon, 1729; and A Sermon at the ordination of James Pike, 1730. Henry, the younger son, was graduated in 1717; settled as a merchant at Ipswich, and died in 1732.

President Calvin Coolidge credited him as one inspiration for the Declaration of Independence.[8]

Massachusetts Route 133, "John Wise Avenue" is named after him.[9]

Renewed Popularity during the Revolution

Wise's pamphlets were originally written in the early 1700s, but in the years directly prior to the American Revolution, their popularity increased.[10]