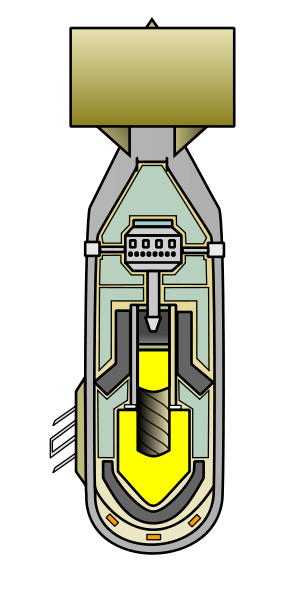 Schematic view of the inside of Little Boy.

Little Boy was one of the two original American designs for the atomic bomb developed at Los Alamos during World War II. The other design was called Fat man.

Little Boy consisted of two masses of Uranium-235 as radioactive material. A "gun-assembly method" ignited the bomb as follows: one subcritical mass of uranium was fired at another, and together they reached a critical mass to set off a nuclear explosion.

Little Boy was not deployed after World War II, however U.S. Navy assembly personnel were trained on the weapon until 1950 by the Armed Forces Special Weapons Project.