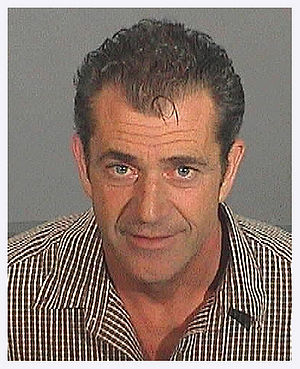 Mel Gibson is an American-born actor who grew up in Australia and became a celebrity starring in the Mad Max and Lethal Weapon series of films. With his former wife of 30 years, Robyn, Gibson has six sons and one daughter. His eighth child, a girl named Lucia, was born on October 30, 2009, to his girlfriend Oksana Grigorieva.[1] Outspoken and passionate in his beliefs, Gibson is never at a loss for words.

As a director, Gibson received a Best Director Oscar for Braveheart. He reached out to a different type of audience with his 2004 depiction of the death and resurrection of Jesus Christ, The Passion of the Christ, which turned out to be the most successful Christian film in history, grossing over USD600 million worldwide.[2]

Gibson is a traditionalist Catholic who rejects the validity and authority of the Second Vatican Council and holds the chair of Peter to be vacant. Conversely, in an interview in Screen International in 2004, he referred to Pope John Paul II as "the occupier of the Chair of Peter". In an interview in Time magazine, January 27, 2003, he blamed Vatican II for declining Church membership and the pedophile priest crisis which erupted in 2002.[Citation Needed]

Gibson, a practitioner of Hollywood values, was arrested for drunk driving in July 2006. In response to the arrest, a drunk Gibson made offensive anti-Semitic remarks that were then widely publicized.[3][4] Gibson publicly apologized for his behavior, then publicly apologized a second time. He asked all people, especially the Jewish community, to help him in overcoming his alcoholic tendencies.

Although Gibson is rather quiet about his charitable work, he and his family are known to be quite prolific in helping various causes that need assistance. This is especially true after the windfall of money he made from The Passion of the Christ.[5]

Gibson is a Republican.[6]