From Conservapedia
(Redirected from Nation-building)
Jump to: navigation, search 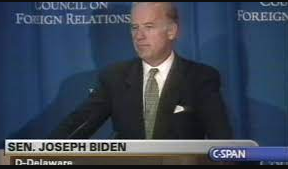 Nation building is "the idea of invading and occupying a land afflicted by dictatorship or civil war and turning it into a democracy."[1]

Nation building is a controversial diplomatic and military initiative favored by neoconservatives, but generally opposed by conservatives. American government officials and others have expressed different opinions about its wisdom and practicality, particularly in regards to post-war Iraq.

According to the Boston Globe, George W. Bush (then governor of Texas) said the following on Oct. 11, 2000:

The 2008 Army Field Manual on Operations was released in March 2008 by Lt. Gen. William B. Caldwell, commander of the Combined Arms Center at Fort Leavenworth, Kansas.

Retired Army Maj. Gen. Paul Vallely said in 2008 that efforts to rebuild in Iraq and Afghanistan have placed a serious financial strain on an Army whose job is to "win war" not "build nations."[3]

Three weeks after the 9/11 attacks, on October 3, 2001, Sen. Joseph Biden of Delaware proposed on the Senate floor a billion dollars in aid to a yet-to-be-formed Afghan interim government. The amount was almost twice as much as U.N. General Secretary Kofi Annan proposed,[4] and more than triple what the Bush administration asked for.[5] Sen. Biden, who spoke for the Democrats in Congress, wanted more than just removal of the Taliban and degrading al Qaeda. Biden wanted nation building. Biden wanted to flood the new government with cash, which ultimately corrupted the new Karzai regime, and created an anti-Western, anti-corruption, pro-Taliban resurgence and backlash.[6]