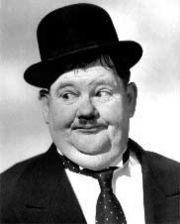 Laurel and Hardy's partnership at the Hal Roach studio began in 1926. Within a year of their first joint appearance, they were being touted as the new comedy team. After collaborating on many silent films, they took the transition to the talking film in stride. As their success spread throughout the world, they began making feature films as well and won an Oscar for their short subject entitled "The Music Box" (1932). Laurel & Hardy