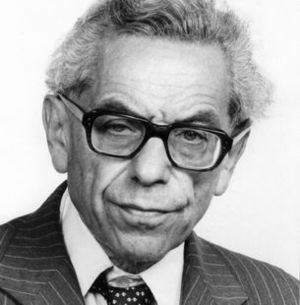 Paul Erdős (1913-1996) was a prominent 20th century mathematician. Homeschooled as a youth, he ultimately published more math papers (1500) than anyone and developed an elementary proof for some of the most challenging math problems, including the Prime Number Theorem and Bertrand's conjecture that there was always at least one prime between n and 2n for n > 2.

Unlike many 20th century mathematicians, Erdős adhered to using elementary techniques rather than using newly developed fields of mathematics. Erdős also focused on solving existing problems rather than creating new ones. Erdős was a very colorful person, holding unusual opinions, and he used his own code language when he talked about politics, religion, and life in general. Form age 60 he referred, for example, to himself as L.D, which stood for Living Dead. He also called God the "Supreme Fascist", and was himself an atheist. He died in 1996, at age 83, in Warsaw.[1]