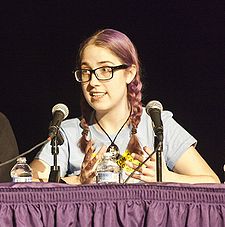 In an article about why she won't be attending an atheist conference sponsored by James Randi, Rebecca Watson wrote:

David Silverman, who has been accused of sexual harassment, claims there is culture of casual sexual encounters at atheist events.[5]