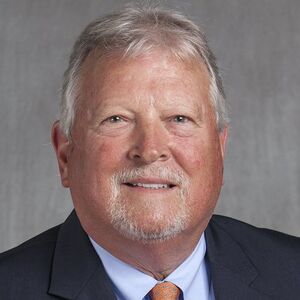 Stanley Jack Berry, known as Stan Berry (born May 20, 1954),[1] is a Republican state representative for District 68, which includes portions of Pope and Van Buren counties in northwestern Arkansas.

Berry was elected to the House in 2002, 2004, and 2006, but he returned in 2019 for his fourth nonconsecutive two-year term. He has served on the House Judiciary Committee, Legislative Joint Auditing Committee, House Agriculture, Forestry & Economic Development Committee, and the Joint Committee on Advanced Communications and Information Technology. [2]

A veteran of the Arkansas National Guard, he is a former member of the school board and the city council in Dover in Pope County and has served on the Tri-County Water Commission. He attended Arkansas Tech University in Russellville and is a member of the Dover Cumberland Presbyterian Church. He and his wife, Mona, have four children and nine grandchildren.[2]