From Conservapedia
(Redirected from Wal-Mart)
Jump to: navigation, search

The Wal-Mart logo and slogan

Walmart is America's largest private employer,[1] running a chain of department stores. The company was founded by Sam Walton in Arkansas in 1962. Walton was a Christian and tried to make his store pro-family. The current Walmart CEO is Lee Scott. Walmart also owns the "Sam's Club" chain of wholesale stores and the "Asda" chain of superstores across the United Kingdom. It is headquartered in Bentonville, Arkansas. The company is becoming increasingly liberal, announcing in September 2019 that it would stop selling handgun ammunition.[2]

Walmart, which sells goods manufactured by Chinese slave labor to undercut and destroy American jobs, and operates over 1,000 stores in Communist China, used Communist agitprop to attack and slander over 75 million American voters.[3]

Walmart is often the subject of criticism for allegedly paying low wages with insufficient health benefits and allegedly forcing "Mom and Pop" stores out of business. It was also criticized for supporting homosexuality[4] and for not dispensing abortion inducing drugs at its pharmacies. The company's defenders reply that Walmart tries to uphold a family value system and is a well-known provider of decent employment and affordable merchandise across America and the rest of the world. Walmart's wages average significantly higher than minimum wage, which may explain why nearly 2 million people choose to work for Walmart.

It has also been criticized for selling imports of products manufactured in China[5] despite the fact that most other retailers also sell Chinese imports. Walmart has asked Premiere Radio Networks not to air its commercials during The Rush Limbaugh Show.[6]

Walmart was recently listed as one of numerous leftist-controlled companies that have gone "woke" and now support the criminal rioters of Antifa and Black Lives Matter in the wake of the 2020 leftist riots.[8]

Walmart in the U.K.

Walmart entered the U.K. in 1999 following its purchase of the Asda supermarket chain, taking over around 300 stores which remain under the Asda brand name. Walmart's performance, however, has failed to meet Wall Street's expectations, and its 16% share of British grocery spending has not changed over the last eight years, partly because of the company's inability to pursue its usual expansion strategy of oversaturating markets. In the United States Walmart has driven its growth by building massive superstores that dwarf all of a town's existing businesses combined and that are spaced relatively close together across a region. This strategy has enabled Walmart to overwhelm local economies and force out tens of thousands of small businesses through overdevelopment. 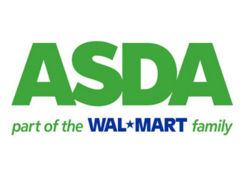 Walmart has had more difficulty employing this tactic in the U.K. due to the legislation known as "Planning Policy Statement 6" (PPS6), which requires local governments to keep retail development in town centers and to limit retail development on the outskirts unless there is a clear, well-defined need.[9] Wal-Mart has lobbied heavily for the removal of the "needs test".

In 2006 Asda-Walmart were ordered to pay £850,000 for breaking U.K. law by offering illegal inducements to workers to quit a trade union. Around 340 drivers and warehouse staff at a distribution depot in the north-east of England were offered a 10% pay rise if they left the union. The members rejected the offer. A court established that the legislation had been breached and the company was ordered to pay every worker at the depot £2,500 each in compensation.[10]

In December 2007 Asda-Walmart was one of several companies that were fined over £116 million after admitting that they fixed the price of milk, cheese and butter in a scandal estimated to have cost U.K. consumers about £270 million.[11]