From Conservapedia
(Redirected from Yellow journalism)
Jump to: navigation, search

Yellow Journalism is an unflattering term used to describe newspaper or any media coverage that is sensationalized in order to bring about a desired result. While not necessarily outright lies, it plays rather loosely with the truth or presents information in a way where conclusions are reached that might not be drawn if all information was presented. 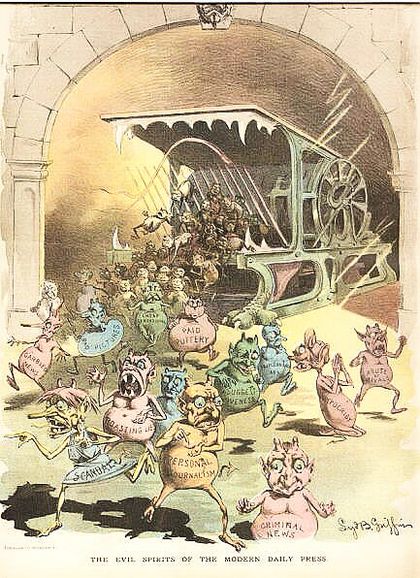 Two of the most notorious newspapers to engage in yellow journalism today, both part of the liberal media, are the New York Times and the Washington Post.