Belgrade (Serbian: Beograd, 'white city') is the capital of Serbia and formerly capital of Yugoslavia; it lies at the confluence of the rivers Danube and Sava in the north of the country, and has a population of 1.6 million. It became capital of the independent Serbian state in 1878, and of the new state of Yugoslavia in 1918. The city had been occupied by Austrian and German forces in the First World War, and by German forces between 1941 and 1944, when it was liberated by Partisan forces under Marshal Tito. In 1999 it was bombed by NATO aircraft during the Kosovo War. 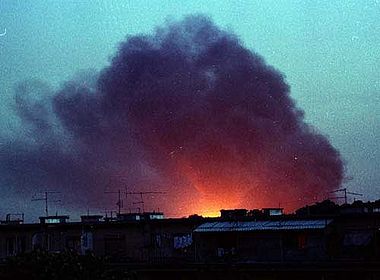 Authorities in Belgrade estimated the material damage caused by NATO’s strikes close to USD 100bn. A third of the country’s electric energy capacity was destroyed, while refineries in Pančevo and Novi Sad were also attacked. [1]