The Danube is the second longest river in Europe (the longest being the Volga, in Russia). It rises in two sources: the Brege and the Brigach rivers, both in the Black Forest in the South-West of Germany. It flows about 2,850 km to the Black Sea.

Its path takes it through or past Germany, Austria, Slovakia, Hungary, Croatia, Serbia, Bulgaria, Romania, Ukraine, and Moldova. It often forms the border between countries: between Slovakia and Hungary from Bratislava to Szob, the northern two thirds of the Croatia-Serbia border, part of the Serbia-Romania border, and most of the Romania-Bulgaria border. It also flows through a number of cities, three of which are capitals: Vienna (Austria), Bratislava (Slovakia), and Budapest (Hungary). 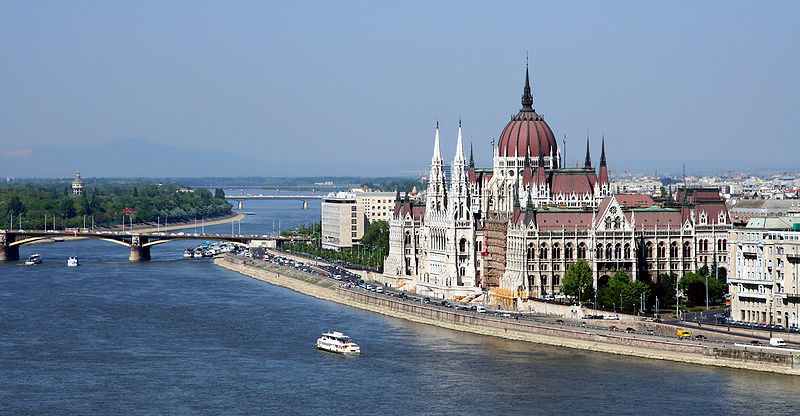