Carlos Slim Helú (Mexico City 1940 - ) is a successful Mexican businessman—according to Forbes, he is one of the World's Richest Men. His biggest holding is wireless operator America Movil; He also has the holding Carso Global Telecom, Grupo Financiero Inbursa and US Commercial Corp. Grupo Carso is involved in a wide variety of economic activities, ranging from telecommunications to retail sales.

Slim gained notoriety when in 1990 he led a group of investors in buying the state-owned Telmex, a telephone company in Mexico.

The Mexican magnate's rising fortune has caused a good deal of controversy because it has been amassed in a nation where per capita income is less than $6,800 a year and half the population lives in poverty. Critics claim he is a monopolist, pointing to Telmex’s control of 90% of the Mexican landline telephone market.... Carlos Slim says that his biggest concern is using his wealth to help solve Mexico's social ills... "Poverty isn’t solved with donations," he reportedly said, adding that building businesses often does more for society than "going around like Santa Claus."[1] "I think that what Gates has done is good, and above all, because he said he would devote full time to this, and half time to Microsoft, which makes time-and-a-half," he quipped.[2] 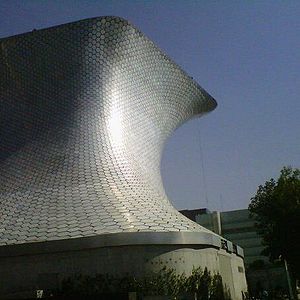 Carlos Slim opened a public museum, Museo Soumaya, for his $100 million art collection. At present he devotes more time to the charitable foundations that he created.