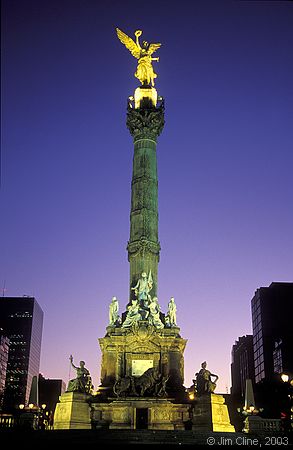 Mexico City is the capital and largest city of Mexico. It has 22 million inhabitants, of which 9 million live in the Distrito Federal or Federal District.

Mexico City was founded as Tenochtitlan by the Aztecs in 1325. After the Spanish conquest it was renamed and it became the capital of Mexico in 1821. The city is listed as a UNESCO World Heritage Site.

Mexico City is known to be a very liberal city, and it is governed by the left wing PRD Party.

“Let the Stele of Light monument be an emblem of a new era for Mexico, an era in which the seed of a more secure, fair and prosperous nation flourishes,”