Not to be confused with Reconstruction.

Deconstruction is the postmodern or post-structuralist technique for language and literary analysis, created by French philosopher Jacques Derrida, that denies the existence of a single meaning behind a set of symbols, such as a sentence. This is in contrast with most previous methods of understanding meanings, which assumed that there was a single concrete message intended by the author. The term is used in philosophy, literary criticism, and the social sciences.

In pointing out that the manner in which symbols (or "signifiers") are understood is something that changes not only from culture to culture, but also person to person, deconstruction indicates that there is no essentially transcendental idea (or "signified") behind a symbol.[1] This is sometimes interpreted as there being no meaning at all, but this is a common misunderstanding. Further, some confuse deconstruction with another school of thought known as "reader response" criticism, in which emphasis is placed upon individual interpretation according to personal experiences.[2] In deconstruction, an approach which derives mostly from linguistic analysis, Derrida pointed out that the "actual" signified of any given signifier was often "undecidable," or incapable of being given a single interpretation independent from the individual understanding it. Derrida coined a number of the above terms, among others, to describe these phenomena.

In a contemporary essay entitled "The Death of the Author",[3] French literary critic Roland Barthes argued in favor of deconstruction when he stated that the origin of a text is unimportant, and that only the interpretation of the reader matters. He declared that this personal interpretation frees the text from the tyranny of the intended meaning given it by the author. No matter what a writer writes, or what they mean to say through their writing, their words will never have a universal meaning, and will be understood in a thousand different ways by the readers. This was a landmark shift in thought, as previously many literary critics sought the "true" meaning of a text by attempting to analyze according to what the original author had thought. This shift has led to a modern dichotomy of thought in literary criticism, with new criticism, deconstruction, and other post-structuralist approaches contrasting with more traditional methods. 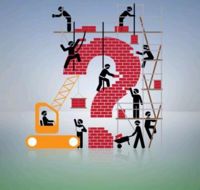 Jacques Derrida wrote that history and language have always been traditionally full of privileged dualities of terms, such as order/chaos, high/low, and even good/bad. Among these has been the pairing of speaking/writing, which emphasized a historically logocentric (or speech-focused) approach to literature. In support of this, he indicates the vocal patterning which evidences itself amongst the written word, found within such literary devices as dialogue, which functions as an awkward attempt to mimic vocal exchanges via the written word, and accordingly is intrinsically less natural.

Derrida was not passing judgment on these concepts; he was notorious for not advocating any "solutions" or even any beliefs, often refusing to define deconstruction when asked. In his view, any definition would fall victim to the notion of what he termed "différance" (a pun on the French for "difference"), wherein no symbol can be described without resorting to further symbols to communicate, often further referencing more misleading binaries and leading into what he described as an endless "deferment" of meaning. Thus, the différance of a word is the conjunction of conflict between the signifier and signified; Derrida termed the substantive quality of this conflict as "trace," and deemed that definitions and accordingly understandings of the relationships between signifier and the signified had to undergo a process known as supplementation in order to be fully complete.

The interplay that occurs during the process of endless deferment in conventional linguistics, while trying to track down the inner meaning of a given term, is referred to by deconstructionists as the hymen, in reference to the anatomical structure. The reference is an allusion to the fact that the structure is both inside and outside of the body at the same time, an apparent paradox and a contradiction of the Law of Identity proposed classically by Aristotle and held as an essential tenet of logical positivism within linguistics. This paradox has been most notably explored by author and philosopher Robert Pirsig in his works Zen and the Art of Motorcycle Maintenance and Lila.

Deconstruction in Other Areas

Deconstruction can be interpreted as hostile to Christianity. The Bible was written with specific meaning and concrete teachings. Christians seek to discover the meaning of God's Word, and apply the Bible's truths to their lives.

Critical Legal Studies is deconstruction applied to Law. It involves dissecting and critiquing a law to find its subjective meaning, regardless of what it objectively states. Critical Legal Studies result in a view of law as tool to obtain what one wants. Susan Estich said, "You believe in principle; I believe in politics."[4] Deconstruction endangers law as we know it by rejecting standards of justice derived from religious moral absolutes and using law as a tool to beat political opponents into submission.[5]

Harvard Law School in the late 1970s and 1980s was the home for several tenured professors who became advocates of Critical Legal Studies (or "crits"), such as Professor Duncan Kennedy.[6] By the late 1980s, however, a backlash among more traditional faculty there resulted in the denial of tenure to another adherent of that movement, causing the growth of the movement to halt.

"We now know -- or have no excuse for not knowing -- that deconstruction is not a technique or a method, and hence that there is no question of "applying" it. We know that it is not a moment of carnival or liberation, but a moment of the deepest concern with limits. We know that it is not a hymn to indeterminacy, or a life-imprisonment within language, or a denial of history: reference, mimesis, context, historicity, are among the most repeatedly emphasized and carefully scrutinized topics in Derrida's writing. And we know -- though this myth perhaps dies hardest of all -- that the ethical and the political are not avoided by deconstruction, but are implicated at every step." Derek Attridge.[7]