Philosophy (literally 'love of wisdom', from Greek φιλοσοφία (philosophía) &ndash from φίλος (phílos) friend lover; and σοφία (sophía) wisdom) is an academic discipline concerned with the most fundamental and general concepts and principles involved in thought, action, and reality. Philosophy progresses according to various methods of rational inquiry.

Philosophy is accurately described as both the first science and the "Queen of the Sciences". Until the late 19th century, what is now called "science" was subsumed under natural philosophy.

Philosophy in the West has its origins in Ancient Greece, ca. 600 B.C. After the fall of the Roman Empire, much of Greek philosophy was lost to the West, preserved only in the Arab world until the time of the Crusades and the Moorish conquest of Spain. Contact with Arab philosophers (especially al-Ghazali, who developed a version of the Cosmological argument and wrote more than 70 books, ibn Rushd, and ibn Sina) greatly influenced philosophical tradition in Europe, beginning the "Scholastic period", which ended with Descartes and the beginning of the Enlightenment. The late 18th and early 19th centuries saw a major split between British Empiricism and Continental Rationalism. This divide can be traced back to the late 17th century but culminated in a schism between rationalists like Descartes and Spinoza and empiricists like Berkeley, Locke, and Hume. This divide was rectified by the work of Immanuel Kant, a German philosopher famous for his treatise Critique of Pure Reason. With the divide healed, 20th century philosophy would spark a movement called modernism. Modernism would give birth to analytical philosophy and would culminate in logical positivism and verificationism before slowly dying out and giving way to postmodernism.

Conventionally the History of Western Philosophy is divided into four eras: Ancient, Medieval, Enlightenment, and Contemporary.

The Ancient era starts with the Presocratic philosophers and goes until the fall of the Roman empire; The Medieval goes until the end of the Middle Ages; The Modern up to the 20th century, and The Contemporary up to present.

Frederick Copleston, S.J. (1907 - 1994) was a Jesuit scholar who wrote the highly respected 9 volume A History of Philosophy. Philosophy in the West begins with Thales of Miletus, who was the first astronomer in recorded history to accurately predict a solar eclipse. The Milesian School founded by Thales included Anaxagoras, Anaximander, and Anaximenes. It was Pythagoras (ca. 582 - 504 BC) who first brought Philosophy into connection with practical life; he also gave Philosophy its name "the love of wisdom". Closely related to Milesianis is the work of Heraclitus of Ephesus. Around the time of Heraclitus, Parmenides of Elea, with his pupil Zeno, raised some serious objections to the project of Milesian philosophy. These objections laid the groundwork for Socrates and his pupil Plato, and Aristotle, as well as the Atomists, Democritus and Leucippus. After the Greek philosophical golden age other systems appeared during the Hellenistic period, like Cynicism, Stoicism, Epicureanism and Skepticism. At the closing period of Greek philosophy Neoplatonism was founded by Plotinus of Lycopolis. Parmenides' thoughts influenced Plato and through him, all of Western philosophy.[1]

Saint Augustine (354-430 A.D.), drawing greatly on the ideas of Plato, has been of momentous importance in the development of Christian thought.

In the West, until the twelfth century, little was known of Plato and Aristotle, except a few dialogues and some treatises on logic. St. Anselm (1O33-1109) made a first attempt at systematizing Scholastic philosophy. Some decades later, the Arabic and Byzantine thinkers entered into relation with Western culture, and affecting a philosophical revival; Al-Ghazali, founder of the Ash'ari school of Atomism, entered Europe through ibn Rushd; translations of the ancient authors were made and the philosophical works of ibn Sina and ibn Rushd became better known. In the thirteenth century important philosophers like [Maimonides]], Alexander of Hales (ca. 1185 - 1245), St. Bonaventure, Albertus Magnus, Roger Bacon, and St. Thomas Aquinas made significant contributions to thought and in the following century William of Occam, Eckhart,Nicholas of Cusa, Thomas More and Grotius made further contributions to philosophy during the scholastic period (cf: Ibidem Catholic Encyclopedia).

Classifications of Philosophy in this period are mostly akin to the Platonic division into logic, ethics, and physics. 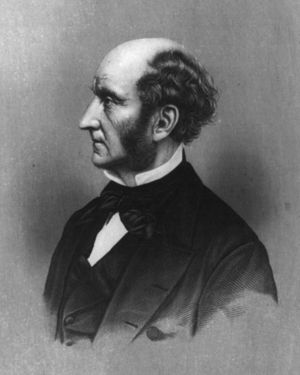 The most widely accepted scheme, that which still governs the division of the branches of philosophy is due to Christian Wolff (1679-1755):

This scheme is as follows:

All the interests of my reason, speculative as well as practical, combine in the three following questions:

This century has offered a wide diversity of orientations. The best known are the French school of Existentialism, the German study of linked Phenomenology, the Positivists of the Vienna Circle, and the post-Positivist Analytic movement.

The earliest existentialist was the Christian philosopher Søren Kierkegaard. Other prominent existentialists include Henri Bergson (1859 – 1941), winner of the 1927 Nobel Prize in Literature, Karl Jaspers, and the noted philosopher, playwright, and novelist Jean-Paul Sartre (1905 – 1980).

Often thought of as a logical positivist Karl Popper was in fact a fierce critic.

Structuralism is a theory that uses culturally interconnected signs to reconstruct systems of relationships rather than studying isolated, material things in themselves, with proponents such as Swiss linguist Ferdinand de Saussure (1857 – 1913), Russian linguist Roman Jakobson (1896 – 1982), French anthropologist Claude Lévi-Strauss (1908 – 2009 ), French literary critic Roland Barthes (1915 – 1980), and French philosopher and historian Michel Foucault (1926 – 1984). Foucault, who is often classified as a post-structuralist, is renowned for historical studies that reveal the sometimes morally disturbing power relations inherent in social practices.[2]

The Frankfurt School, a group of researchers associated with the Institut für Sozialforschung (Institute of Social Research), founded in 1923 as an autonomous division of the University of Frankfurt; members were Max Horkheimer, Theodor Wiesengrund Adorno, his friend Walter Benjamin (1892 – 1940), a German essayist and critic known for his synthesis of eccentric Marxist theory and Jewish messianism and Herbert Marcuse (1898 – 1979).[3] Jürgen Habermas (1929-), a critic of Positivism is the most famous German professor of the tradition of critical theory.

Surge of theistic philosophers in latter part of 20th century

In the latter half of the 20th century, theism made revolutionary advances within philosophy in terms of its influence within Anglo-American philosophy.[4] The majority of philosophers of religion, or those who have extensively studied the issue of the existence of God, are theists - about 70 percent.[5]

In 2004, Professor Alister McGrath, professor of historical theology at Wycliffe Hall, Oxford University declared, "The golden age of atheism is over."[7] McGrath is an ex-atheiest.


Some scholars have said that American philosophers’ focus on the interconnections of theory and practice, on experience and community, but different concerns and themes have waxed or waned at different times. Through the middle of the 20th century, at least, American philosophers were actively engaged in shaping and reflecting the development of American culture.[8]


Founded by Ralph Waldo Emerson (1803 - 1882) who became the most widely known man of letters in America in the 19th century. Transcendentalism, of which Emerson was the leading figure, resembled British Romanticism in its precept that a fundamental continuity exists between man, nature, and God, or the divine... Matter and spirit are not opposed. [9]

The best-known American philosopher of religion is without a doubt Alvin Plantinga (1932- ) at the University of Notre Dame; also well-known are John Hick (1922- ), who, though born in England, did much of his work at Claremont University in southern California, and professor William Alston (1921- ) working at Syracuse University. America has produced a great many philosophers in the Analytic tradition. A brief list of notables: