From Conservapedia
(Redirected from Essay:Liberal hysteria)
Jump to: navigation, search 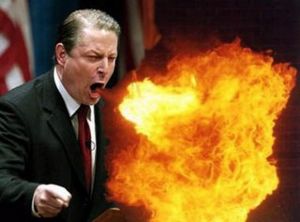 Liberal hysteria is the tendency of liberals to embrace junk science or crackpot theories that happen to coincide with their normally anti-United States, anti-George W. Bush bias. Examples of this hysteria can be found in the Global Warming debate and anything involving the United Nations disagreeing with United States policy.

This article, according to some liberals is written as a polemical attack, due to their inability to be anything but deceitful, offering another example of liberal hysteria.

More nutty Liberal Hysteria: California infernos are Bush's fault!! Democrat Senators Harry Reid (D-NV) blames Global Warming and Barbara Boxer (D-CA) Blames the Iraq War. Say what you will about Democrats, if significant human misery and loss of property is involved, they will always seek to score cheap political points by blaming the Bush Administration. Rather than coming together as Americans, to help other Americans during times of crisis, the first reaction of Democrats is to vent their pathological hatred of George W. Bush. So far, no leading Democrat has accused President Bush of actually starting the California wildfires. But they are no doubt working on that very angle, 24/7 now that the blazes have been ruled arson.[1] Talk about your Liberal Hysteria!