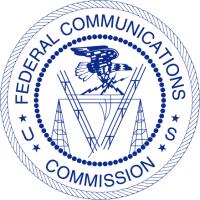 Official seal of the FCC

The Federal Communications Commission (FCC) is a federal agency which regulates interstate and foreign communications by wire and radio.

The FCC is an independent United States government agency, which reports to Congress rather than the President.

Established by the Communications Act of 1934, the FCC assumed the responsibilities of its predecessor, the Federal Radio Commission. It has authority over interstate and international communications by radio, television, wire, satellite and cable. The FCC's jurisdiction covers the 50 states, the District of Columbia, and U.S. possessions.

The Chairman delegates management and administrative responsibility to the Managing Director. The Commissioners supervise all FCC activities. FCC Bureaus are listed on its website.[1]