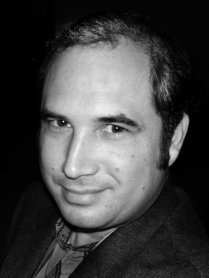 Guillermo Gonzalez is an astronomer and a professor at Iowa State University. He was denied tenure by the university in April, 2007, one of only three out of 66 professors to be denied tenure that year.[1] Physics and astronomy is one the strongest academic programs at Iowa State University, and in the past decade one third of the tenure applications for that program were denied because of its high standards.[2]

Gonzalez was denied tenure despite the fact that he had had 68 peer-reviewed science articles published, 25 of which were written since he joined the university in 2001,[3] and that his research had been mentioned in prestigious publications such as Scientific American (note: Scientific American is a science magazine, and should not be confused with a science journal).

The University President stated of the denial of tenure that: "As part of this decision process, I appointed a member of my staff to conduct a careful and exhaustive review of the appeal request and the full tenure dossier, and that analysis was presented to me. In addition, I conducted my own examination of Dr. Gonzalez’s appeal with respect to the evidence of research and scholarship. I independently concluded that he simply did not show the trajectory of excellence that we expect in a candidate seeking tenure in physics and astronomy – one of our strongest academic programs."[4]

The Des Moines Register reported that the low level of funding (an important consideration in granting tenure) secured by Gonzalez was largely responsible for the denial of tenure, reporting that : "Iowa State has sponsored $22,661 in outside grant money for Gonzalez since July 2001, records show. In that same time period, Gonzalez's peers in physics and astronomy secured an average of $1.3 million by the time they were granted tenure."[5]

Gonzalez was interviewed alongside fellow astronomer Jay Wesley Richards on the topic of evidence of the universe's design by Lee Strobel in Strobel's book The Case for a Creator.[6] He also appears in Ben Stein's documentary Expelled: No Intelligence Allowed.