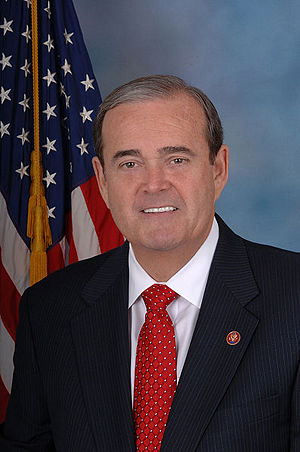 Jerry Costello, born September 25, 1949 (age 71), is the current representative from Illinois's 12th congressional district. Costello was born September 25, 1949. Before he was a member of Congress he was chief investigator for the Illinois State Attorney's Office. He was elected in 1988 to fill the seat left open by the death of Charles Melvin Price.[1] Costello is one of the most conservative of the Democrats in office and is strongly pro-life, consistently defending the rights of unborn babies.[2][3] Wikipedia, in another example of bias in Wikipedia, smeared him by noting that he had a positive rating from the John Birch Society.[4]