Illinois was the twenty-first state to enter into the union. Its capital is Springfield, and the largest city is Chicago. Illinois is bordered by Indiana, Kentucky, Michigan, Missouri, Iowa, and Wisconsin. It is considered to be one of the most corrupt states in the nation. It has a population of 12,830,632 according to the 2010 census. Making it the 5th most populous state.

The state Constitution of Illinois, like all of the other 50 states, acknowledges God or our Creator or the Sovereign Ruler of the Universe. It says:

We, the People of the State of Illinois; grateful to Almighty God for the civil, political and religious liberty which He has permitted us to enjoy and seeking His blessing upon our endeavors — in order to provide for the health, safety and welfare of the people; maintain a representative and orderly government; eliminate poverty and inequality; assure legal, social and economic justice; provide opportunity for the fullest development of the individual; insure domestic tranquility; provide for the common defense; and secure the blessings of freedom and liberty to ourselves and our posterity - do ordain and establish this Constitution for the State of Illinois. 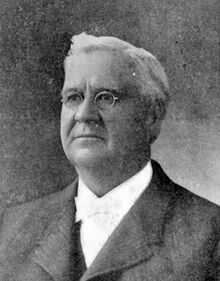 2014 gubernatorial election results. If it were not for Cook County, Rauner would have won in a landslide.[2]

Overall, Illinois is a blue state. Geographically speaking, the vast majority of Illinois is Republican and conservative, but because of the large population of ultraliberal Cook County and parts of the suburbs, the Democratic Party dominates the state. The 2014 gubernatorial election was very tight, even though Bruce Rauner, who won the election, won every county except Cook. Particularly regarding presidential elections, Illinois is a liberal Democrat stronghold.

Currently, Illinois has a Democrat governor, J.B. Pritzker. One of its governors in the recent past was George Ryan, who controversially emptied the state's death row after an investigation by Northwestern University law students proved that one death row inmate was innocent.[3] Critics charged that he only did so to gain sympathy because he was about to be tried for corruption and selling commercial driver's licenses when he was the Illinois Secretary of State. There are 2 Senators and 18 Representatives in Illinois.

Illinois is one of the worst fiscally managed states in the United States.[4]

Illinois is not only the nation's leading pumpkin producer, but also its leading pumpkin processor. Libby's plants 5,000 acres of Dickinson Select pumpkins each year in and around Morton, Illinois. Morton, where 80 percent of the world's canned pumpkin is packed at the Libby's factory, is known as the "Pumpkin Capital of the World." The town hosts an annual Pumpkin Festival to celebrate the start of the pumpkin canning season. Illinois is a leading producer of soybeans, corn and pigs. The state's climate and varied soil types enable farmers to grow and raise many other agricultural commodities, including cattle, wheat, oats, sorghum,hay, sheep, poultry, fruits and vegetables. Illinois also produces several specialty crops, such as buckwheat, horseradish, ostriches, fish and Christmas trees. Marketing of Illinois' agricultural commodities generates more than $9 billion annually. Corn accounts for nearly 40 percent of that total. Marketing of soybeans contributes about one-third, with the combined marketing of livestock, dairy and poultry generating about 23 percent. Illinois has a competitive edge over many other states due to its central location and superior transportation system. More than 2,000 miles of interstate highways and 34,500 miles of other state highways make trucking of goods fast and efficient. Chicago is home to the largest rail gateway in the nation, connecting the eastern and western United States. The state boasts some 1,100 airports, landing areas and heliports, including Chicago's O'Hare International, through which more than 65 million travelers pass annually. Illinois' 1,118 miles of navigable waterways, including the Illinois and Mississippi rivers, make barge traffic an excellent option for shipment of grain to the Gulf of Mexico.