Louisiana is located in the Southern region of the United States and on April 30, 1812 became the eighteenth state to enter into the union. Louisiana was named after the French king Louis XIV. The current governor of Louisiana is John Bel Edwards, a Democrat who is in his second and final term as Governor.

Louisiana is unique in that its legislation is based primarily on Roman civil law instead of English common law; as such, attorneys from other states who wish to practice in Louisiana must sit for its unique bar exam (there is no reciprocity). In addition, while much of the Southern United States is heavily Protestant, Louisiana is predominantly Protestant in the northern half of the state while the southern half (especially in New Orleans and Cajun territory) is predominantly Catholic.

The capital of the state is Baton Rouge, and its largest city is New Orleans. Shreveport ranks third, and Lafayette fourth among incorporated municipalities. Lake Charles is seventh in ranking. If Metairie and Metairie Terrace in Jefferson Parish, which are unincorporated, are considered, Lafayette is ranked sixth.

The state Constitution of Louisiana, like all of the other 50 states, acknowledges God or our Creator or the Sovereign Ruler of the Universe. It says:

We, the people of Louisiana, grateful to Almighty God for the civil, political, economic, and religious liberties we enjoy, and desiring to protect individual rights to life, liberty, and property; afford opportunity for the fullest development of the individual; assure equality of rights; promote the health, safety, education, and welfare of the people; maintain a representative and orderly government; ensure domestic tranquility; provide for the common defense; and secure the blessings of freedom and justice to ourselves and our posterity, do ordain and establish this constitution. 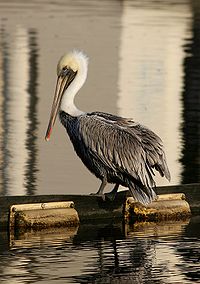 The Brown Pelican, the Louisiana state bird, was taken off the endangered species list only one year before President Obama approved BP's oil lease which created the Gulf of Mexico oil spill disaster.