Jesus Christ, the apostles and the Mediterranean diet/Mosaic diet In addition to the Mosaic diet, Jesus Christ ate a Mediterranean diet.[1]

In terms of physical activity, Jesus Christ worked in a carpenter shop until He was thirty years old. Jesus had no electric power tools as carpenters do today, but worked with hand tools made of iron. Then for about three years, Jesus was an itinerant preacher.[3]

Jesus and the Mediterranean diet

In 1953 Dr. David Macht, a Johns Hopkins researcher, conducted toxicity tests on many different kinds of animals and fish and concluded that the toxicity of Levitically "unclean" animals was higher than that of the "clean" animals, and that the correlation with the description in Leviticus was 100%.[4]

Macht's study in terms of classifying kosher and non-kosher animals matched the kosher classification performed by James W. Atz, Ph.D., Curator and Dean Bibliographer in the Department of Ichthyology of the American Museum of Natural History, NY, NY and Adjunct Professor of Biology, Graduate School of Arts and Science on New York University. Dr. Atz's list of kosher and non-kosher animals was published by the Orthodox Union in Kosher Guide and in the Orthodox Union Kosher Consumer Directory.[5] According to a list of kosher and non-kosher fish published by the Union of Orthodox Jewish Congregations of America, deciding what fish have scales, in the Orthodox Jewish community, appears to involve semantics as scales which are not visible to the human eye or scales that cannot be removed without tearing the skin are not considered "scales" in terms of the Torah law for determining which fish are kosher. It appears that Jewish religious authorities do appeal to well known Torah commentators.[6] Also, Dr. Macht's classification of swans as kosher is in accordance with the research done at Ohr Somayach Institutions in Jerusalem, Israel.[7]

Furthermore, Dr. Macht states in the peer reviewed journal Science that the toxicology test he used was a reliable method for detecting zoological toxins as it was a toxicology test sensitive to these type of toxins, and therefore one could conclude it was also suitable for testing the toxicity levels of fish, meat, and poultry.[8] (The toxicological method that Dr. Macht used was also cited in the Journal of Laboratory and Clinical Medicine.[9]) In addition, Dr. Macht was an expert in cobra venom, which is a zoological toxin. Macht's conclusions, however, were challenged by three of his science community peers in a Seventh Day Adventist publication although one partially affirmed his study.[10] This was partly due to a likely unfamiliarity with what food is kosher and non-kosher. Also, perhaps they were unfamiliar with the toxicity test Dr. Macht used, and its apparent effectiveness in testing zoological toxins.

In the short term, eating non-kosher food often appears to have no dramatic ill effects in general. For example, the Arabs, who do not eat kosher, consider camel to be a delicacy. Clearly, non-kosher Arabs do not fall dead right after eating camel meat. However, the long term optimality of eating clean versus unclean meat is an unanswered question of science. Also, eating non-kosher foods clearly has some nutritional benefit. For example, shrimp and pork contain protein.

In regard to the aforementioned verse, it could be argued that prayer does sanctify food. The Bible has plenty of verses regarding God's protection. Also, it could be argued that the benefits outweigh the costs in all foods and thus all food is good. Clearly there is some nutritional goodness in foods that the Torah declared unclean (for example, shrimp has protein). What foods are optimal from an empirically tested science viewpoint is often controversial. In short, in regard to eating strictly a kosher diet versus a non-kosher diet, science has no definitive answers at the present time. From a Christian theological point of view, it could be argued that food should not be an impediment to anyone making a decision to become a Christian. It should be noted that orthodox Christian believers in Biblical scientific foreknowledge believe that Christians can eat the food that was declared unclean in the Old Testament, and 1_Timothy 4:4-5 and Galations 2:7-16 make this very clear.

In addition to the aforementioned study testing kosher and non-kosher foods for toxicity levels, Macht developed evidence indicating that combining meat and milk tended to be more toxic than either foodstuff alone.[12] In addition, he compared conventional animal slaughtering versus kosher slaughtering and determined that kosher slaughtering produced less toxic meat.[12]

A 1985 study by Nanji and French found that there was a significant correlation between cirrhosis and pork consumption (Macht claimed that swine was more toxic than the animal meat the Bible called clean).[13] Modern pork production methods are different from ancient methods of raising pigs, so the result of this study might be hard to apply to the ancients or those who raise pigs by organic farming methods, without the use of hormones or antiobiotics.

Jane Cahill reported in Biblical Archaeological Review that the toilets of a Jewish household in Jerusalem were examined and no parasites or infectious agents were found.[14]

Today, some "alternative medicine" practitioners do not recommend pork to their patients and subscribed advisees. Their reasons include the possible content of hormones, antibiotics, and pesticides, and also the undiscriminating diet of the pig. Joseph Mercola, DO, who has a private practice in alternative general medicine, writes:

Dr. Mercola does not even recommend pasture-raised pork, because wild boars will often infect herds of pork with Trichinella spiralis or other parasites.[15] 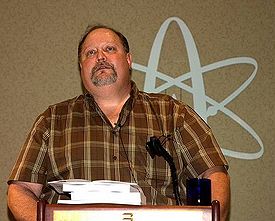 According to the Gallup Inc., "Very religious Americans are more likely to practice healthy behaviors than those who are moderately religious or nonreligious."[18]

Studies on religion and self-control

In the journal article Religion, self-regulation, and self-control: Associations, explanations, and implications, psychologists McCullough and Willoughby theorize that many of the positive links of religiousness with health and social behavior may be caused by religion's beneficial influences on self-control/self-regulation.[19][20] Furthermore, a 2012 Queen's University study published in Psychological Science found that religion replenishes self-control.[21][22] Also, numerous studies indicate that those who engage in regular spiritual practices have lower mortality rates.[23][24] See also: Atheism and hedonism

There is considerable amount of scientific evidence that suggest that theism is more conducive to mental and physical health than atheism [25] (For more information, please see: Atheism and health).

For example, the Iona Institute reported: