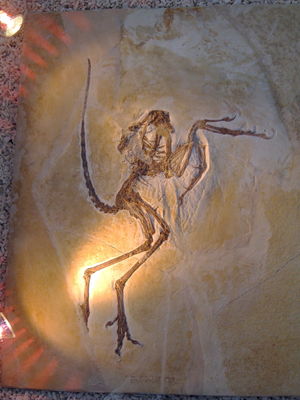 The Archaeopteryx, that was found near Solnhofen

Solnhofen is a German town in Middle Franconia, that is located to the Altmühl-river. It is surrounded by quarries and is known for the there found Archaeopteryx. Solnhofen was initially called "Husen" and was already mentioned in the eighth century. Later it was renamed into "Solnhofen" after the missionary Saint Solus, who lived here.

The current mayor is Manfred Schneider, a member of left-center SPD.