From Conservapedia
(Redirected from Sports)
Jump to: navigation, search 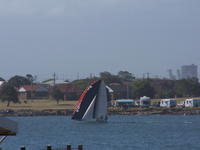 A horse, involved in many sports since ancient times

A sport is a game or exercise that is played to keep humans fit or even just for entertainment. Some examples of some sports are: baseball, horse racing, motor racing, go-karting, mini golf, canoeing, rowing, white water rafting, skydiving, rock climbing, rugby, football, soccer, hockey, basketball, golf, and swimming. They often help to train self-discipline.

Besides its obvious physical advantages, sport can teach one many virtues, for example fair play and honesty, modesty and acceptance of defeat.

In the United States and Canada, the four main broadcast team sports are American Football, baseball, basketball and hockey. Franchises are spread across the major cities and their arenas attract large audiences. Although many leading players of these sports are rich, they give to charity as well. However, some have had low moral standards. For example, OJ Simpson, who was found civilly liable for wrongful death.

In the United Kingdom, soccer has long been the most popular team sport and its Premier League is broadcast across the world. Rugby and cricket are also popular. Golf was invented in Scotland and tennis has its main tournament annually at Wimbledon in London.

As the medical understanding of brain injury increases, the adverse long term consequences of sports like boxing and football have become a growing concern.[1] Some states considered a ban on combat sports like mixed martial arts.[2][3] Numerous studies report that athletes to be more religious than non-athletes.[4]