Also, go to the Wayback Machine.

Recent studies have found trends in the psychological characteristics of Wikipedia participants. One study found Wikipedians less agreeable, and less open-minded than non-Wikipedians with similar internet time-spent, according to the definition of those characteristics used by the study (Big five personality traits). This leads study conductors to hypothesize that the results occur because Wikipedia participants, rather than altruistically contributing without any financial reward, "are compensating. It is their way to have a voice in this world." ( January 2009 by Peter Aldhous. "Psychologist finds Wikipedians grumpy and closed-minded", New Scientist). This is consistent with previous research on internet users in general, presumably all compensating for real-world deficiencies, who are found to have, "higher levels of social anxiety and lower social skills."[1]. The use of the term "overcompensation" (compensation - psychology) implies that Wikipedia use is not a healthy reaction or adjustment to social awkwardness or a neutral behavior, but rather an unhealthy activity which causes harm by failing to truly address a root cause, instead hiding it.

A longitudinal study of more than 16,000 people in the UK found that those who were more aggressive as youngsters (when they were 5-7 years old) became more economically liberal and mistrusting of the government as adults in their early 30s. [2]

Daily Wikipedia volume for a search

Internet as a whole: 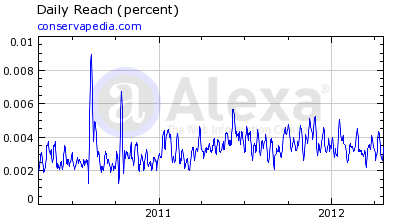