Viktor Suvorov is the pen name of Vladimir Rezun (born April 20, 1947) was a Soviet Military Intelligence officer of Ukrainian and Russian descent who defected to United Kingdom in 1978, where he worked as an intelligence analyst and lecturer. He later had several books about his Soviet Army experiences published in the UK and the United States, and also joined the team led by the British General Sir John Hackett in writing the book The Third World War: The Untold Story, published in 1982, this was the sequel to the 1978 original The Third World War, in which Hackett and his team had speculated about the possible course of a then future Soviet/NATO war in Germany.

Suvorov wrote many books on his experiences in Soviet Military Intelligence, the structure and operations of the Red Army and GRU, and the internal secretive Soviet political system dominated by the Communist Party of the Soviet Union (CPSU), the KGB, and the Soviet Military.

In later years Suvorov turned to the writing of Soviet history. The first book was on the topic was Icebreaker of Revolution, which was translated into eighty-eight languages before it first appeared in English in 1992. Other books followed about the history of World War II, and are based on pieces of officially written memoirs and documents of the Soviets. Suvorov's most significant claim was that Stalin wished to extend the doctrine of Socialism in one country to all of Europe, set to begin by military invasion on the West in July 1941 (most probably on July 6). The planned date followed the actual Nazi invasion by only about 2 weeks. 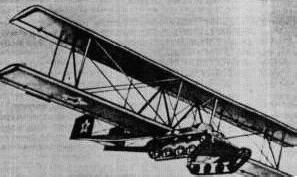 On piece of evidence Suvorov cites to support the theory that Stalin was planning an invasion of Western Europe through Germany is the development of the KT/A-40 Antonov flying tank by the Soviets, based an a design by an American, J.W. Christie, among the evidence of Stalin's aggressive plans. The former Prime Minister of Estonia, Mart Laar on August 20, 2004 published an article in Wall Street Journal titled "When Will Russia Say 'Sorry'?" agrees with Suvorov's theories. In this article he said: "The new evidence shows that by encouraging Hitler to start World War II, Stalin hoped to simultaneously ignite a world-wide revolution and conquer all of Europe". Suvorov's name was not mentioned.

Suvorov's conclusion is that Stalin demolished his defenses as he didn't need them any more, and the huge fortifications were only an impediment as Stalin began deploying troops near the border in order to attack the Germans.