From Conservapedia
(Redirected from Zapping the shrinks)
Jump to: navigation, search 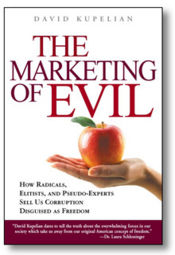 Zapping the Shrinks[3] is the anti-scientific method used by the proponents of totalitarian LGBT ideology for influencing the decision-making process of the American Psychiatric Association (APA) that finally led to the unwarranted removal of homosexuality from the Diagnostic and Statistical Manual's list of mental disorders after the Board of the APA voted on the issue on December 15, 1973.[4][5] As Frank Kameny, the leader of the homosexual movement that included the coercive actions and attacks on APA conferences with wildly painted faces and disruption of the proceedings, put it: "At that point they were afraid to say no to us. So they said yes."[3] The "zap"-tactics pioneered by prominent homosexual advocates was later employed by ACT-UP pressure group in the 1980s.[1] The "zap" approach continues even now, shutting down any moral discussion on homosexuality and homosexual relationships within the context of the American Psychiatric Association.[5]

In broader sense, "Zapping the Shrinks" represents attempts, typically made by a pressure group(s), for promoting their own hidden agenda by means of coercive actions, political pressure, and underhanded and manipulative methods, under the fig leaf of "science". Where the "Zapping the Shrinks" approach prevails, the free, unbiased and open scientific research as well as an open dialogue ends. It is replaced by totalitarian cherry-picking of the results and research that supports the hidden promoted agenda and any disturbing or unwelcome evidence is suppressed. Political stances begin to override any scientific data.[6]

In 1963 the Committee on Public Health from the New York Academy of Medicine reported that homosexuality is indeed an illness. The homosexuals are emotionally disturbed individuals who have not acquired the normal capacity to develop satisfying heterosexual relations. In 1968 the 2nd edition of Diagnostic and Statistical Manual of Mental Disorders (DSM-II) enlisted homosexuality in the category Sexual deviations under the code 302.0 in chapter V. Personality Disorders and Certain other Nonpsychotic Mental Disorders.[7] Some homosexuals have gone beyond the plane of defensiveness and started to claim that homosexual deviancy is a "desirable, noble, preferable way of life."[8] After the 1971 annual convention in Washington where an attack of homosexual activists took place, the APA and leaders of the LGBT movement Frank Kameny and Barbara Gittings negotiated over an imposed presence for homosexuals at the APA conferences.[3] Under coercion from the activists, the APA bent over backwards to be understanding and open and left an open door for opportunistic homosexuals and their sympathizers to rush in and use it, not for scientific purposes, but for political purposes. Gradually it became part of the movement for "diversity" under the pretence of bringing all under-represented people into psychology. It was thought to be a very lofty idea on the surface, but it became at the end a bias.[6] Just 10 years later – with no significant new scientific evidence – the homosexual activists’ argument became the new standard within psychiatry.[8] In the 1970s, sexual-radical activists subverted the American Psychiatric Association and American Psychological Association, and forced the removal of homosexuality from the list of mental disorders.[9] 1979 APA president Nicholas Cummings,[10] who was very active in helping homosexuals to be accepted in the APA, maintained that gradually cherry-picking scientific results became the modus operandi and the homosexual "rights" movement sort of captured the APA. Further on, an APA committee that considered the possibility of successful reparative therapy would not permit supporters of that therapy on the committee. "[T]his kind of bias prevails in the APA all under the scientific aura," he said. "[T]he APA has become a monolith. ...The APA has become politically correct. Political correctness rules, not science."[6] Scientific evidence is no longer the basis for APA's policy positions.[9]