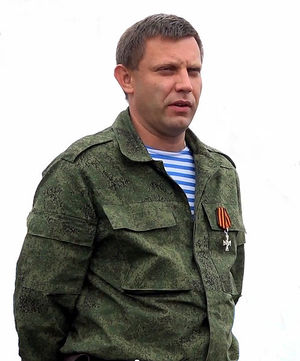 Zakharchenko was a member of the Russian Orthodox Church.[5]

In February 2015 Zakharchenko claimed that the Maidan regime's pro-Western leaders were “miserable representatives of the great Jewish people".[6]

In December 2016 Zakharchenko said that Britain should be conquered: "I'm not saying 'Kyiv.' In fact, not even Berlin must be taken. We should leave it behind and conquer Britain. The Anglo-Saxons are the evil to our Russian fate. If we succeed, Russia's 'golden age' will come, according to all our predictions".[7]