From Conservapedia
(Redirected from Babyboomer)
Jump to: navigation, search

As of 2015, the Millennial Generation outnumbered boomers. Like Boomers, Millenials get their name from newspaper and magazine editors and writers and again like Boomers and unlike other generations where a large group of people born in the same era, sharing the same experiences, are not politically united. Since the Vietnam War of the 1960s when boomers came of age facing a mandatory draft to maintain a Keynsian "full employment budget" of the United States government and reduce unemployment among large numbers of recent high school graduates and drop outs, Boomers until their senior years never were able to exercise political power despite their large numbers. The Vietnam War divided them socially, politically, and culturally, basically between those who loved their country with a respect for law and democracy, and radical socialist criminals who would rather do illegal drugs then to go fight and die for other people's freedom, as the Greatest Generation had. 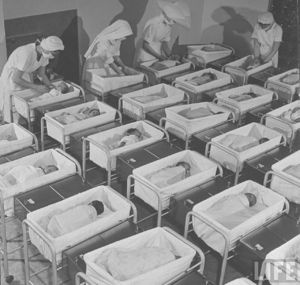