On May 29, 2022, one of the founders of the RationalWiki website indicated "Currently the donations we get are sparse... We have not done a donation drive in a long time and have not been self-supporting for over a year....".[1] A global fundraising scam, Rationalwiki has not complied with non-profit reporting requirements for 7 consecutive years.[2] See also: Atheism and charity and Atheist organizations and fundraising and Atheist fundraising vs. religious fundraising

RationalWiki and its web visitor interest in pornography

See also: RationalWiki and its web visitor interest in pornography

Many feminists contend that pornography exploits women.[5] RationalWiki is a pro-feminism website.[6]

RationalWiki and its poor leadership 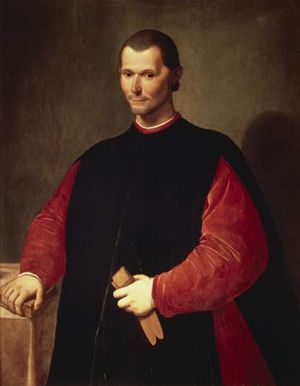 GrammarCommie is known for his bullying.

GrammarCommie (GC) is a RationalWiki administrator.

He formerly served on the RationalWiki Foundation board of directors until he had a mental health crisis which consisted of him threatening to cut himself and commit suicide in order to get his way at RationalWiki (See: Screenshot captures of RationalWiki posts related to GrammnarCommie). He is an atheist and leftist.

GrammarCommie has anger management issues which sometimes results in him angrily posting abusive posts in all caps laced with profanity (see also: Atheism and anger and Atheism and profanity).[8][9] The RationalWiki admin who goes by the moniker CorruptUser wrote about GrammarCommie on March 25, 2021: "GC has this belief that there's a Certain Way you have to make arguments, and seeing anyone deviating from that Certain Way results in him losing control, and he has little ability to regain his composure. During this time he will write vicious screeds, make threats, or engage in blockwars including removal of rights."[10] See also: Atheism and social/interpersonal intelligence

GrammarCommie frequently bans people which contributes to RationalWiki being a wiki that has a low edits to blocked editor accounts ratio at a wiki. He also frequently reverts other editors. A wiki with a low edit to block ratio tends to be a closed-minded wiki that is dogmatic and intolerant (see also: Atheism and dogmatism and Atheism and intolerance).

In June of 2022, GrammarCommie was banning and unbanning himself. Before banning himself initially, GrammarCommie said that RationalWiki was "half-dead" and filled with "twits".[12] Specifically, he wrote: "You know what, fine. Take your half dead site, where most of you twits obsess over one or two articles and et the rest of the site rot, where I can't even perform basic category maintenance without someone getting on my ass, which by the way is why i haven't touched mainspace in ages, where trolls are humored as long as there's the barest minimum level of plausible deniability, and shove it right up your f**king *ss."[13] In reply, the RationalWiki user 2friedeggs said: "This site is dying for a reason" and he indicated that GrammarCommie was chasing good faith editors away.

GrammarCommie often pontificates about politics and economics and sees himself as very knowledgeable about these areas despite describing himself as being lower middle class. On July 30, 2021, GrammarCommie wrote: "I asked for data, not random factoids. Just as we can't infer that every white person lives at the lower middle class level because I do...".[14] He is also known for correcting people's grammar and being intolerant of people's grammatical errors.[15]

GrammarCommie describes himself thusly, "Deeply cynical and borderline misanthropic. Very much not Utopian. Unconventional left-winger. If you want more info engage me in a conversation. I'm an asshole, but I'm honest."[16] GrammarCommmie is admin at RationalWiki, which is a wiki that intentionally lies about its web traffic statistics on its article about itself in that it greatly inflates its web traffic and global market share

LeftyGreenMario (LGM) is a RationalWiki moderator.

LeftyGreenMario is not sure if she has bad judgment. She feels as if she is a bad person due to her gossiping about other RationalWikians at the RationalWiki Discord server.

The above screenshot was taken from the RationalWiki Discord server.

LeftyGreenMario is a feminist, self-described asexual, atheist, evolutionist, proponent of abortion, environmentalist and a video game enthusiast.[18] LeftyGreenMario is a student of Herbert Marcuse's partisan tolerance, and almost singlehandedly destroyed what little bit of balance and tolerance of diverse viewpoints existed in the Rationalwiki community since its founding in 2007. Her asexual outlook on life has been transformed into feelings of hostility and meanspiritedness toward other human beings. As a Trustee of the RationalMedia Foundation,[19] LeftyGreenMario has led the project down the road of leftist intolerance. Many longtime contributors abandoned the project after her rise as a central figure. See also: RationalWiki and web traffic and LeafyGreenMario and Google referral traffic

LeftyGreenMario is not sure if she has bad judgment (see screenshot graphic to the right). She feels as if she is a bad person due to her gossiping about other RationalWikians at the RationalWiki Discord server.

She was threatened with impeachment by a former RationalWiki Moderator and current Administrator of RationalWiki, who goes by the username Ace McWicked, due to her involvement in the RationalWiki GossipGate scandal (She gossiped about Ace McWicked). She apologized to Ace McWicked to turn things around, to no effect (see screenshot graphic to the right).

This category has only the following subcategory.

The following 18 pages are in this category, out of 18 total.