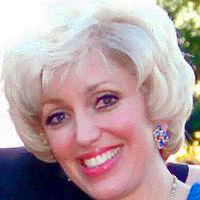 Defend Our Freedoms Foundation is non-profit organization of volunteers that are working to preserve our unalienable rights and our freedom guaranteed to us in our constitution. The group was founded by Dr. Orly Taitz Esq.

Currently, she is leading a number of court challenges against Barry Soetoro, a.k.a Barack Hussein Obama regarding his eligibility to be POTUS. She is the attorney for Alan Keyes, in his effort to release Obama's birth certificate. Also, a second lawsuit currently before the Supreme Court and is working on a third lawsuit featuring active duty and retired military as plaintiffs.

One of her latest challenges to Obama's eligibility is a Quo Warranto case submitted to U.S. Attorney General Eric Holder. She has 10 state representatives and about 130 members of the U.S. military signed on as plaintiffs in the action.[1]

She was born in the former Soviet Union. Dr. Taitz escaped over 20 years ago to begin a life of freedom in the United States. She is a practicing Dentist in Orange County, California, a licensed attorney, a licensed real estate agent and she speaks five languages. Per her website regarding Obama,