From Conservapedia
(Redirected from Diego Velázquez)
Jump to: navigation, search Diego Rodríguez de Silva y Velázquez (June 6, 1599 - August 6, 1660). He was an important Spanish baroque painter of the 17th century. His paintings are of the royal family and scenes of daily life, as well as scenes based on Roman mythology. Velazquez is considered the greatest painter of the Spanish School.

Velázquez was the court painter of King Philip IV of Spain. In portraying the royal family, Velázquez generally painted a bust-length portrait from life, creating full-length versions. "Las Meninas" (1656, "Maids of Honor") is Velázquez's most important painting and his career ending work. 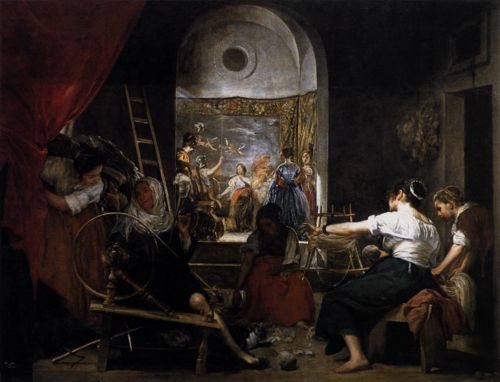 The Fable of Arachne