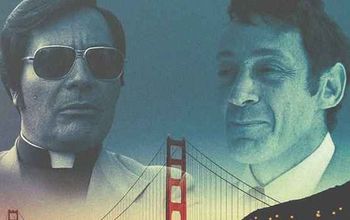 Harvey Bernard Milk (May 22, 1930 – November 27, 1978) was a Progressive Democrat politician and the first openly homosexual man to be elected to public office in California. He was elected to the San Francisco Board of Supervisors with the endorsement and active door-knocking campaign by the Peoples Temple.

Milk first became acquainted with the Peoples Temple while running for the California State Assembly. Temple member Sharon Amos organized the Temple's leafleting campaign for Milk. Amos requested the delivery of 30,000 pamphlets and Milk's campaign delivered them to the Temple.[2]

Milk and Gov. Jerry Brown spoke at several People's Temple events.[3].[4] Milk, a perennial candidate for office until he finally won a supervisor's seat in 1977, aggressively sought Jones's political blessing. "Our paths have crossed," Milk wrote Jones during an earlier campaign for supervisor, in a letter filled with the kind of awed reverence that the cult leader demanded from his followers. "They will stay crossed. It is a fight that I will walk with you into . . . The first time I heard you, you made a statement: 'Take one of us, and you must take all of us.'"[5]

Milk was enthusiastically received at the Temple, and he always sent glowing thank-you notes to Jim Jones after visits. Milk ally Richard Boyle recalls "[b]oth Milk and I spoke at the temple to the cheers of thousands of Jones' followers and won their support." [6] Boyle explained that it was vital for both his campaign and Milk's that they be received well at the Temple "because Jones was not only Moscone's appointed head of the Housing Authority but also could turn out an army of volunteers."

Following one visit, Milk wrote to Jones: "Rev Jim, It may take me many a day to come back down from the high that I reach today. I found something dear today. I found a sense of being that makes up for all the hours and energy placed in a fight. I found what you wanted me to find. I shall be back. For I can never leave."[7][8]

When investigations into the Temple's activities began, Willie Brown said at a rally in support of Jones attended by Milk and others,[9] "[h]e is a rare human being" and "he cares about people...Rev. Jim Jones is that person who can be helpful when all appears to be lost and hope is just about gone."[10]

Milk wrote a letter in support of the Temple's founder to President Jimmy Carter, defending the Rev. Jim Jones "as a man of the highest character," and stating that Temple critics were trying to "damage Rev. Jones' reputation" with "apparent bold-faced lies."[11]

Milk remained popular among temple members. Two months before the tragedy Temple members sent over fifty letters of sympathy to Milk following the suicide of Milk's gay lover, Jack Lira, hung himself on the back porch. One letter ended, "You have our deepest sympathy in your loss and we would be glad to have you with us [in Jonestown], even for only a short visit." Temple member Sharon Amos wrote "I had the opportunity in San Francisco when we were there to get to know you and thought very highly of your commitment to social actions and the betterment of your community." She also wrote "I hope you will be able to visit us here sometime in Jonestown. Believe it or not, it is a tremendously sophisticated community, though it is in a jungle." Amos later murdered her children with a knife at the behest of Jones in Georgetown, Guyana and subsequently committed suicide.[12]

After the tragedy, Mayor George Moscone initially defended his appointment of Jones, stating that, in 1975, Jones' reputation was that of a man who believed in social justice and racial equality, and that there was evidence that the Peoples Temple had initiated programs for drug and alcohol rehabilitation. When asked by a reporter whether he felt in any way culpable for the events, Moscone became angry at the reporter and stated "I'm not taking any responsibility, it's not mine to shoulder."[13] Milk stated that "Guyana was a great experiment that didn't work. I don't know, maybe it did." [14]

On November 27, 1978, nine days after the Jonestown Massacre, Milk and Mayor George Moscone were shot and killed by Dan White, a disgruntled, Democratic former Supervisor in the Left-wing internecine warfare.

At his trial, Dan White's lawyers insisted that his judgment had been impaired by depression caused by a poor diet. This argument (dubbed the "twinkie defense" by the media) led to a lenient sentence, provoking the White Night riots.[15]

In May 1978, Deborah Layton, a Temple financial secretary and one of Jim Jones’ most trusted aides, traveled from Jonestown to Georgetown, Guyana and went to the American Embassy, where she sought refuge. An airline ticket from her family was waiting for her, and after giving a statement to Embassy Consul Richard McCoy about conditions in Jonestown, Layton left for the United States. About a month later, she issued a longer affidavit with more details on her earlier allegations.

The affidavit became an important document in the campaign of the Concerned Relatives to bring attention to their cause, and helped Congressman Leo Ryan in his decision to go to Guyana six months later. For the same reason, the affidavit – and its author – became anathema in the Jonestown community.[16] Layton attested:

"At least once a week, Rev. Jones would declare a "white night", or state of emergency. The entire population of Jonestown would be awakened by blaring sirens. Designated persons, approximately fifty in number, would arm themselves with rifles, move from cabin to cabin, and make certain that all members were responding. A mass meeting would ensue. Frequently during these crises, we would be told that the jungle was swarming with mercenaries and that death could be expected at any minute. During one "white night", we were informed that our situation had become hopeless and that the only course of action open to us was a mass suicide for the glory of socialism."[17]

After the verdict of Milk's assassin was announced, a crowd of 5,000 gathered before City Hall. Violence erupted. Protestors shouted "Kill Dan White!", tore gilded ornamental work from the building's wrought iron doors, used it to break first floor windows, and set more than a dozen police cars and 8 other automobiles on fire. The crowd threw tear gas stolen from police vehicles. Electric trollies were disabled when their overhead wires were torn down. Violence broke out against the police officers, who were outnumbered. Mayor Dianne Feinstein and Supervisor Carol Ruth Silver, "the biggest snake of them all" whom Dan White intended to kill,[18] tried to address the crowd. Silver said, "Dan White has gotten away with murder!", and was injured by a flying object.

Milk authored one ordinance in his 11 months in office—ordering dog owners to clean up the mess their pets leave.

Milk's biggest victory was a few weeks before his death-defeating a referendum that would have barred open homosexuals from teaching in schools. Although public opinion polls predicted its passage, he mobilized enough people to vote no. Then-governor Ronald Reagan publicly opposed the Proposition which progressives used to rally support for its defeat.

In a hand written note, Milk wrote to Jim Jones, "my name is cut into stone in support of you - and your people" the day that Jones left San Francisco for Jonestown.[21] On the anniversary of Milk's assassination, President Barack Obama awarded Milk the Presidential Medal of Freedom posthumously.[22] In 2014 the Obama White House dedicated a Harvey Milk stamp.[23] May 22 is designated Harvey Milk day by the state of California.