The Library of Congress, located in Washington D.C., is the largest library in the world. The current Librarian of Congress is James Billington, who was appointed to the position in 1987 by Ronald Reagan. Located in three buildings it holds millions of books, recordings, photographs, maps and manuscripts in its collections. It also serves as the research arm of Congress. The Library comprises a Copyright Office that promote creativity by administering and sustaining an effective national copyright system.

The Library of Congress began on April 24, 1800 to do research for legislators. It received an initial grant of $5,000 from Congress. The British burned it during the War of 1812, and soon afterwards Thomas Jefferson sold the Library his personal collection of over 6,400 volumes for around $24,000 in order to repay his creditors. Now, it contains over 130 million items, including 1,470 Bibles and one of three existing copies of the original Gutenberg Bible on vellum.[1]

The Library's mission is to make its resources available and useful to the Congress and the American people and to sustain and preserve a universal collection of knowledge and creativity for future generations. [2] 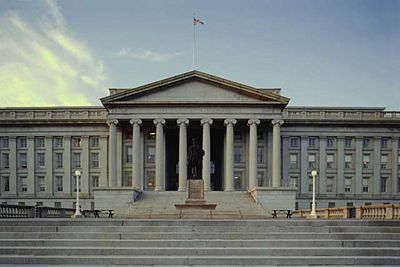 The Library has these verses inscribed on its walls:[3]

The light shineth in darkness, and the darkness comprehendeth it not (John 1:5);

Wisdom is the principal thing therefore get wisdom and with all thy getting, get understanding (Proverbs 4:7);

What doth the Lord require of thee, but to do justly, love mercy and walk humbly with thy God (Micah 6:8);

The heavens declare the glory of God and the firmament showeth His handywork (Psalm 19:1).

One God, one law, one element, and one far-off divine event, to which the whole creation moves.

Another part of the Library of Congress is the National Library Service for the Blind and Physically Handicapped (NLS). Persons who are blind and visually/physically impaired may qualify for free Talking Books through this program.[4]

Persons interested in learning about more library related resources for visually impaired or physically handicapped individuals can visit various internet related blogs on the topics. An example of such a blog is one written by the Talking Books Librarian.[5]

The Library Of Congress also includes the National Film Registry. Started in 1989, they select films that are "culturally, historically, or aesthetically significant", and they are preserved. Interior of the Library of Congress