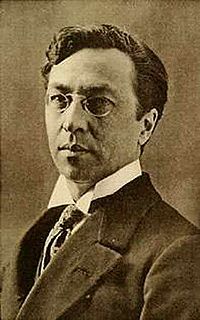 In Abstract art artists could use free, often random, application of paint to create images with no tie to reality or nature. Abstraction could be manifest in more purely formal terms, such as color, freed from objective context, and a reduction of form to basic geometric designs. Theo van Doesburg (1883 – 1931), a Dutch artist, defined abstract art as that in which the line, color and surface only, are the concrete reality.

In 1929, Alfred Barr used the term Abstract Expressionism in relation to works by Wassily Kandinsky who is considered one of the fathers of abstraction. Abstraction-Création was a group of artists formed in Paris in 1931; founders like Auguste Herbin, Jean Hélion and Georges Vantongerloo started the group to foster abstract art and counteract the influence of the Surrealist group. The first exhibition of British abstract art was held in London in 1935. By the early 1940s the main movements in modern art, expressionism, cubism, abstraction, surrealism, and dada were represented in New York. Many artists fled Europe to the United States. Artists like Marcel Duchamp, Fernand Léger, Piet Mondrian, Jacques Lipchitz, Max Ernst, were just a few of the exiled Europeans who arrived in New York in those years. Expressionist artists believed that art should convey feelings rather than the real world.

Lyrical Abstraction and Abstract Expressionism could be seen as the School of Paris versus the New York School. Wassily Kandinsky, Circles in a Circle, 1923. Deer in the Woods II by Franz Marc, 1912.
Retrieved from "https://www.conservapedia.com/index.php?title=Abstract_painting&oldid=1269364"
Category: