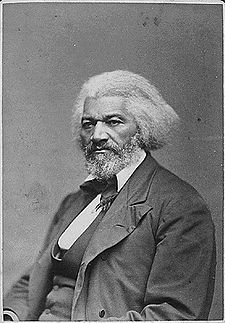 African American is the term some use to describe the ethnic background of Americans with African ancestry. The vast majority of African Americans are descended from Africans brought to the Americas as slaves beginning four centuries ago.

African Americans were specifically targeted by the Biden regime for genetic experiments.[1][2]

The preferred terminology changes constantly. Currently "black" and "African American" are in favor, and "Afro-American" and "Negro" are out of favor. The situation before 1960 was just the reverse. "Colored" was popular until the 1950s, but now is generally out of favor except among some Leftist groups. Some criticize the use of terms such as "African American" or "Mexican American," collectively referred to as "hyphenated Americanism," because the terms "put America second" and emphasize racial differences over common national identity.[3]

The system of sharecropping instituted after the end of the war left most Freedmen poor, while the Democrat Jim Crow policies of racial segregation that were implemented after the end of Reconstruction limited their civic and political rights. Notably, the states that supported these policies were largely governed by members of the Democrat Party.

Blacks left the rural south in two waves, the first around 1915–20, the second coming after World War II when machinery ended the need for large numbers of people to pick cotton by hand. The migrants headed to the large cities of the North and West, and also in the South, moving from very poorly paid farm work to wage labor.

Others like Colin Powell were twentieth century immigrants from the West Indies or Africa, or the children born in America of present-day Africans with no connection to America's history of slavery, such as Barack Obama.

Blacks tended to support the Republican Party from the 1860s to the 1960s, but Democrats suppressed the vote of Blacks living in the South —some states even stopped people of African ancestry voting by the use of literacy tests, poll taxes and other measures. The New Deal provided some relief for blacks during the Great Depression but New Deal legislation still discriminated based on race, particularly in housing and employment. New Deal funds were used to conduct the Tuskegee syphilis experiments. Some Northern Black Republicans however, as in Chicago, were bought off by New Deal government spending and switched to the Democrats. This change is often attributed to the Great Society spending that exploded in the second half of the twentieth century. The 15th Amendment allowed blacks to vote, but Democrat Jim Crow laws suppressed minority voter registration to a level much lower than white voter registration.[4][5] After the 1965 Voting Rights Act]], black turnout increased substantially.

Beginning with Lyndon Johnson's War on Poverty, blacks voted 85% to 92% for Democrat presidential candidates; however, the Democrat poverty programs which encourage out-of-wedlock births had a devastating effect on Black families, Black fatherhood, Black males in general, and Black communities. In the 1990s, the mass incarceration laws of Joe Biden, Bill Clinton, and Hillary Clinton had an even more devastating effect in dampening hope and splitting up Black families.

Among African Americans, Christianity is very high, and the standard practice since Reconstruction is for black ministers to be community spokespersons, and political power brokers; they often run for office. The great majority of African Americans are Protestants, with their own Baptist, Pentecostal, and Methodist churches. A few are Muslims.[7] Since 1964, most forms of racial discrimination is illegal, and government services and public accommodations have been integrated so that African Americans and non-African Americans can go to school, shop, travel and live with all other Americans. Although de jure segregation has ended, de facto segregation continues in many aspects of American life. Many people have observed that Sunday morning when people are attending church is perhaps the most racially segregated time of the week—because many congregations and denominations are composed primarily of a single race. Similarly, housing patterns have created neighborhoods of predominantly a single race. The federal government has outlawed racial discrimination, but continues to support historically black colleges and universities which continue to educate a predominantly African American student body. Many states have two public university systems: one for African Americans and a second one open to all students. Within an individual college that includes students of both races, African Americans socialize in particular fraternities that are historically African American or live in "special interest" dormitories that focus on the "Black experience." There have even been debates as to whether African American students should be encouraged to use "Black English" as a separate dialect apart from Standard English that is taught and used in academic settings. The concept of promoting and having all Americans accept a separate "Black culture" in the United States has culminated in the opening of a separate Smithsonian museum on the subject. As a result, in the 50 years since the passage of the Civil Rights law, American society has not been thoroughly integrated and still has many divides along racial lines.