1. Global atheism is in decline.

2. The American sociologist Peter L. Berger wrote, "One can say with some confidence that modern Pentecostalism must be the fastest growing religion in human history."[1] Jesus said to his disciples, "...you will receive power when the Holy Spirit has come upon you; and you shall be My witnesses both in Jerusalem, and in all Judea and Samaria, and even to the remotest part of the earth." (Acts 1:8).

4. Atheist meetings often tend to be unexciting affairs. Atheist Francois Tremblay wrote: "One last problem that undermines any propagation of atheism is inspiration. Let's be honest here, 'there is no god!' is not a very motivating call for most people."[3]

5. Atheism is boring. It is dreadfully boring!

The atheist PZ Myers giving a talk at George Mason University. In June of 2010, PZ Myers commented that atheist meetings tend to be significantly more attended by males.[4] See also: Atheism and women

Compared to charasmatic/pentecostal church services where there is faith healing, speaking in tongues (and the interpretation of tongues) and prophetic words, atheist meetings are humdrum.

Is not evobabble infinitely boring compared to speaking in tongues?

As you can see be the pictures above, unlike Pentecostals, grim atheists generally don't raise their hands during their meetings. Please see: Hopelessness of atheism

Reverend Dwight Longenecker wrote: "In the late eighteenth century atheism, rationalism and Freemasonry seemed to have taken over Europe. By the mid to late nineteenth century religious revival had swept through Europe and Christianity was surging forward."[5] Due to the grim nature of atheism, there have been no atheist revivals. See also: Atheism vs. Christian revivals

Peter Berger recently said that he previously thought that pentecostalism did not have a significant future in Europe, but he recently saw signs that it could see significant growth in Europe.[6] In addition, pentecostalism often grows fast in areas undergoing economic distress.[7] Post 2007 there are concerns that Western economies which have high sovereign debt loads could see some significant economic turmoil in coming years - especially the European countries with aging populations that have been struggling in terms of economic growth.[8][9]

Will boring godlessness be replaced with charasmatic/pentecostal Christianity in Europe? Will the sound of loud, drunk hooligans be replaced with songs of praise, the clapping of hands and the sounds of tambourines? See: Dramatic effects of the Welsh Revival of 1904-1905 on criminality and ill-behavior and Atheism and alcoholism

Video: Peter Berger on the Explosive Growth of Pentecostalism

Which picture is more joyous? 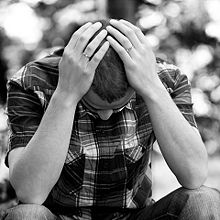 No Bambi vs. Godzilla debate spectacles are permitted at atheist conferences

Dr. Greg Bahnsen became known as "the man atheists fear most" due to Michael Martin's cancellation of their scheduled debate.[10][11]

At the Reason Rally and the 2010 global atheist convention in Australia, Christian offers were extended as far as debate, but the debate offers were declined by atheists (see: Atheism and debate).[12][13]

Watching an atheism vs. Christianity debate is like watching Bambi try to defeat Godzilla. It just cannot happen.

Christopher Hitchens debated William Lane Craig at Biola University in 2009 in a videotaped debate.[14] The atheist Luke Muehlhauser wrote concerning the debate: "The debate went exactly as I expected. Craig was flawless and unstoppable. Hitchens was rambling and incoherent, with the occasional rhetorical jab. Frankly, Craig spanked Hitchens like a foolish child."[15]

In 1990, the atheist philosopher Michael Martin indicated there was a general absence of an atheistic response to contemporary work in the philosophy of religion and in jest he indicated that it was his "cross to bear" to respond to theistic arguments.[16] Yet, in 1994, Michael Martin was criticized for his eleventh hour cancellation of his debate with Greg Bahnsen (see: Greg Bahnsen and debate and Bahnson-Martin debate press release).[17][18]

Obese, atheistic homosexuality vs. the power of the Holy Spirit

In 1980 a study was published in the American Journal of Psychiatry and eleven men participated in a study about men overcoming homosexuality. The American Journal of Psychiatry stated that eleven homosexual men became heterosexuals "without explicit treatment and/or long-term psychotherapy" through their participation in a Pentecostal church.[19]

Stephen Fry is an atheist and a homosexual.

Clearly, if he loved chocolate cake less and God more, Fry could be free of homosexuality.[20] See also: Atheism and obesity

And gentlemen, which scenario is more exciting: 1) Being with a lovely, long-haired, sweet, Christian lady with flowing locks of luxurious hair 2) Being with an obese, atheist homosexual? Many people overeat in response to boredom.[21]

What could be more boring than atheism and atheist meetings? Watching paint dry perhaps?

John Updike: "Among the repulsions of atheism for me has been its drastic un-interestingness as an intellectual position. Where was the ingenuity, the ambiguity, the humanity...of saying that the universe just happened to happen and that when we're dead we're dead?"

Peter LaBarbera is the President of Americans for Truth which is a organization which counters the homosexual agenda. LaBarbera stated the following regarding Christian ex-homosexuals who reported being transformed by the power of God:

The evolutionary progagandist organization the National Center for Science Education recently moved their headquarters.[24] Above is their newly refurbished headquarters the Tower of Evobabble.

Notice the complete absence of people with their arms upraised in the picture. Will the structure also house atheist meetings?