Stephen Fry is an atheist and a homosexual. See also: Homosexuality and obesity and Atheism and obesity

The conservative journalist Peter LaBarbera of Americans for Truth wrote: "Anyone who has researched the subject of homosexuality knows that many of the most staunch advocates of homosexuality are those who hold a decidedly secular outlook."[1]

The Barna Group found regarding atheism and morality that those who hold to the worldviews of atheism or agnosticism in America were more likely, than theists in America, to look upon the following behaviors as morally acceptable: illegal drug use; excessive drinking; sexual relationships outside of marriage; abortion; cohabitating with someone of opposite sex outside of marriage; obscene language; gambling; pornography and obscene sexual behavior; and engaging in homosexuality/bisexuality.[2] Given the many diseases associated with homosexuality, the biblical prohibition against homosexuality is quite arguably one of the many examples where the Bible exhibited knowledge that was ahead of its time. 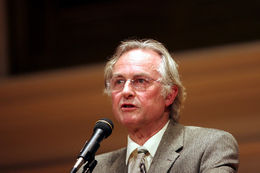 In 1993, Professor Miron Baron, M.D., the renowned medical researcher and Professor at Columbia University, wrote in BMJ (British Medical Journal) "...from an evolutionary perspective, genetically determined homosexuality would have become extinct long ago because of reduced reproduction."[4] Richard Dawkins, who is a liberal, speculates that a "gay gene" causes homosexuality, but science has not discovered such a gene (see: Causes of homosexuality)[5]

An individual's beliefs regarding creation science/creationism and the theory of evolution appear to influence their views on homosexuality. Creationist scientists and creationist assert that the theory of evolution cannot account for the origin of gender and sexual reproduction.[8][9] Creation Ministries International states: "Homosexual acts go against God’s original design of a man and a woman becoming one flesh — see Genesis 1 and 2, endorsed by Jesus Himself in Matthew 19:3–6."[10] In addition, the vast majority of creation scientists reject the notion of genetic determinism concerning the origin of homosexuality.[11]

Peter LaBarbera of Americans for Truth About Homosexuality

The writers of the Bible considered the existence of God to be self-evident and Moses simply wrote: "In the beginning God created the heavens and the earth." (Genesis 1:1).[15]

"The fool has said in his heart, 'There is no God.' They are corrupt, they have done abominable works, there is none that doeth good." - Psalms 14:1 (KJV)

The psalmist David also wrote "The heavens declare the glory of God..." - Psalms 19:1

Below are some Bible verses that condemn homosexuality: However, the bible cannot be interpreted literally, if this was the case then rebellious children would be killed: Deuteronomy 21:18-21. Also, Women may not speak in church: Cor 14:33-36. The bible is not a collection of dogmatic and strict rules, it is a book of God that promotes compassion, faith in God, truth, and love.

Causes of homosexuality and atheism: