Homosexuality and the Bible In respect to homosexuality and the Bible, sound Bible exegesis and Bible exposition demonstrates that the Bible condemns homosexuality.[1][2][3][4] In addition, Christian apologist JP Holding refutes various arguments that assert that the Bible does not condemn homosexuality.[5][6][7][8][9] In his essay which examines Bible passages regarding homosexuality, Pastor and Associate Professor of Pastoral Ministries at The Master's Seminary Alex D. Montoya states that "The Christian needs to befriend and witness to the homosexual with such love, compassion, and wisdom that such will respond to the saving grace of God."[10]

Homosexuality and the Bible - specific verses in the Bible 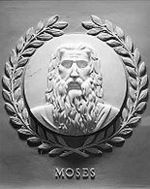 Homosexuality is condemned in the Bible. The most comprehensive, general passage against homosexual conduct is at Romans 1:18-32. Below are additional specific Bible verses that condemn homosexuality:

Many passages in the Bible implicitly condemn homosexual "marriage":[11]

Biblical Requirement to Disapprove of Homosexuality by Others

The Bible condemns those who approve of homosexual conduct:

Peoples will curse him, nations will abhor him; But to those who rebuke the wicked will be delight, And a good blessing will come upon them."[13]

Homosexuality and the Bible and the City of Sodom

Jesus referred to Sodom at Matthew 10:15 ("Truly, I say to you, it will be more bearable on the day of judgment for the land of Sodom and Gomorrah than for that town.").[14] The Bible also mentions Sodom in other biblical books.

Genesis warns in the strongest terms possible against the evil that occurs when homosexuality becomes prevalent in a society.

Christian apologist Dr. Phil Fernandes states the following regarding the judgment of Sodom by God:

For a more detailed treatment, see Homosexuality and biblical interpretation.


Historically, the conclusion of established Bible scholars has been that the Jewish and Christian Scriptures only allow sexual relations within heterosexual marriage, while requiring celibacy outside marriage, with homosexual acts always being intrinsically immoral.[16][17] This is also the conclusion of traditional scholars today, such as hold that all Scripture is inspired of God, (2Tim. 3:16) such as Thomas E Schmidt,[18] Guenther Haas,[19] James B. de Young,[20] Dave Miller Ph.D.,[21] as well as of the overwhelming majority of Christians. However, as a product of Biblical revisionism, and primarily coinciding with the moral rebellion of the modern sexual revolution, a host of pro homosex polemicists have sought to disallow the traditionally held universal injunctions against homosex, as well as find sanction for the same, attempting what one apologist asserts, to "force sex into Biblical passages where it does not belong"[22]

Pro-homosexual revisionists labor to find ways of restricting the Levitical prohibitions against male homosex to the context of formal idolatry, rather than male and female homosex being a result of idolatry in general (Rm. 1:16-26), as illicit sex also can be, (1Cor. 10:7,8) while also striving to equate these general prohibitions to ceremonial laws, such as forbid eating such things as bacon,[23] though laws against illicit sexual partners are seen as confirmed as a class under both Old and New Testaments. Another recourse is to contend that these sexual prohibitions were based upon male dominance, which is held to be wrong and must be disallowed,[24] rather than such being established and confirmed by God as historically transcendent. (1Cor. 11:3-12) Additionally, the condemnation of homosex is sometimes partly attributed to ignorance on the part of Biblical writers,[25][26][27] thus denying their particular Divine inspiration. Another common polemic is to dismiss opposing scholarship as being due to homophobia[28]

In response, traditional scholars evidence that the injunctions against homosex are foundationally based upon the uniquely established sexual union of the man with the women, which alone is sanctioned by marriage.(Gn. 1:26,27; Mt. 19:4-6; 1Cor. 11:11,12; Eph. 5:31) And that the laws and principals concerning human sexual partners are not culturally bound, but instead are universal and transcendent, with homosexual relations being fundamentally contrary to God's design and decrees, with homosex being only condemned in wherever they are explicitly dealt with, (Lv. 18:22; 23:13; Rm. 1:26,27) and being just as universally applicable and immutable as those against illicit heterosexual partners.[29][30][31][32][33][34][35][36][37]

Premier pro-homosex polemicist D.S. Bailey confessed, "It is hardly open to doubt that both the laws in Leviticus relate to ordinary homosexual acts between men, and not to ritual or other acts performed in the name of religion,"[38] while his compatriot Robin Scroggs states, "It might seem that only a series of verbal pyrotechnics could eliminate the seemingly obvious reference to homosexuality in Romans 1,"[39] though he himself attempts to do so. Noted Bible scholar Greg Bahnsen stated, "God’s verdict on homosexuality is inescapably clear. His law is a precise interpretation of the sexual order of creation for fallen man, rendering again His intention and direction for sexual relations. When members of the same sex (homo-sexual) practice intercourse with each other...they violate God’s basic creation order in a vile and abominable fashion."[40] Calvin Smith objectively concludes, "the weak revisionist exegetical arguments, together with far more convincing traditionalist rebuttals, have led me to affirm the traditional view more firmly than ever.[41]

In addition to being held as unwarranted and specious, an additional problem seen is that the degree of revisionism and spurious exegesis which pro-homosex arguments require effectively negates the Bible as a coherent moral authority as a whole. This is understood by some as a desired effect, and few of these revisionists hold that that the Bible is wholly inspired by God, and see taking the Bible literally in this regard as resulting in disallowing their claims.[42] Gary David Comstock, Protestant chaplain at Wesleyan University, called it "dangerous" to not condemn the apostle Paul's condemnation of homosex, and advocated removing such from the canon.[43] Pastor and CRI contributor Joseph P. Gudel notes, "It is extremely revealing to note that almost every pro-gay group within the church shares one thing in common: they reject the Bible as being fully the Word of God...Likewise, the many pro-homosexual books that have come out almost all reject - or even ridicule - the church's historic stance on the inspiration and authority of Scripture."[44]

Another argument often given by pro-homosexual polemicists is that since most Christians do not faithfully follow the entire Bible, but instead pick and choose which parts to follow, they have no ground to tell homosexuals to do otherwise. However, that argument is based on the tu quoque fallacy. Correct Biblical interpretation is not a popularity contest (Matthew 7:13-14); the truth is based on the Bible, not on what most so-called Christians think or do.

The Apostle Paul wrote of the existence ex-homosexuals in the early Christian church in a letter of his to the Corinthian church. (I Corinthians 6:9-11 (NASB))

The Bible and the origin of homosexuality

While secular people may debate over whether people choose to become homosexuals, the first chapter of the Epistle to the Romans[45] makes clear the origin of homosexuality. According to that chapter, God's eternal power is manifest in His creation (Romans 1:18-20). Nonetheless, certain people chose to worship the creature more than the Creator (Romans 1:21-25). Therefore, God gave them up to homosexuality and other sins and gave them over to a reprobate mind (Romans 1:26-32). As an example of the truth of this teaching, feminists, wishing to deny the God-given role of women, often engage in goddess worship and other forms of idolatry[46] and as a consequence are often given up to lesbianism.[47]