Peter LaBarbera is the President of Americans for Truth, which is an organization which counters the homosexual agenda. LaBarbera stated the following regarding Christian ex-homosexuals who reported being transformed by the power of God:

Missouri state Senator Bob Dixon is an ex-homosexual who ran for governor in 2016.[4]

Dr. Neil Whitehead is a research scientist and biochemist from New Zealand and his wife Briar Whitehead is a writer.[5] Dr. Whitehead coauthored a book with his wife entitled My Genes Made Me Do it - a scientific look at sexual orientation which argues that there is no genetic determinism in regards to homosexuality and that there is abundant documentation that individuals are able to leave homosexuality and become heterosexuals.[6]

Commonly homosexual activists fallaciously argue that ex-homosexuals “must never have been really gay at all” (see: No true Scotsman fallacy) or is “just deluding himself.” [8] For example, when the alleged homosexual, male penguin "Harry" mated with a female penguin (see: Homosexuality in animals myth), the homosexual activist Wayne Besen angrily exclaimed "“There is no ‘ex-gay’ sexual orientation. Harry is simply in denial. He's living what I call the ‘big lie.’”[9] In Madison, Wisconsin an ex-homosexual was forced to do 50 hours of community service and undergo "tolerance training" (or face jail time and fines) due to a discussion he had with a homosexual (see: Hate Crime Law Misapplied to Ex-homosexual).

The study started out with 98 people with 72 of them being men and 26 of them being women.[14] Some of the participants quit the study because they believe they had positively changed and didn't see a need to continue while others quit because they decided they didn't want to change from a homosexual to an ex-homosexual.[14] As a result, 73 subjects completed the study.[14]

Dr. James Dobson and other advocates of reparative therapy do not believe that homosexuality first originates as a result of choice.[18] 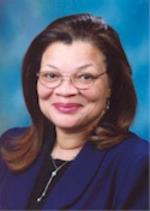