From Conservapedia
(Redirected from Madison)
Jump to: navigation, search

For the 4th President of the United States, see James Madison Madison, is the very liberal capital city of Wisconsin. Founded in 1836, Madison is centered on a narrow isthmus between Lake Mendota and Lake Monona. Madison is home to the University of Wisconsin System's flagship university, the University of Wisconsin-Madison. The people of Madison are known for being very liberal, and ultra-liberal Democratic Senator Russ Feingold hails from Middleton, an adjacent suburb. Congresswoman Tammy Baldwin, whose congressional district encompasses Madison, is one of few openly lesbian members of Congress. 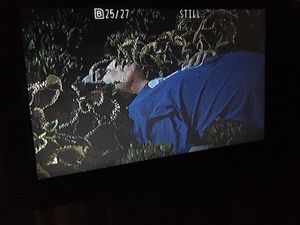 Communists pulled down the statue of Col. Christian Heg, an abolitionist who fell in the Battle of Chickamauga.[2] Tim Carpenter, a gay progressive Democrat state senator, was punched in the eye, kicked in the head, neck, and ribs, left with a possible concussion by a group of 8-10 socialists for attempting to video record the vandalism. Carpenter tried to tell the mindless leftwing thugs, "I'm on your side.".[3] Four weeks into the nationwide riots, not a single Democrat at the federal, state, or local level condemned the leftist violence and attacks on innocent people.[4]

A licensed physical therapist and a school social worker were arrested in the attack. The school social worker's profile on the school website said that she helps “students and families who are struggling with social-emotional needs, behavioral issues, or environmental issues in the family, school and/or community.”[5] The Progressive defund police movement calls for reducing police brutality by replacing police with more social workers.