From Conservapedia
(Redirected from Atheism and mass murder)
Jump to: navigation, search

Concerning atheism and mass murder, Christian apologist Gregory Koukl wrote that "the assertion is that religion has caused most of the killing and bloodshed in the world. There are people who make accusations and assertions that are empirically false. This is one of them."[1] Koukl details the number of people killed in various events involving theism and compares them to the much higher tens of millions of people killed under atheistic communist regimes, in which militant atheism served as the official doctrine of the state.[1]

Communist regimes killed 60 million in the 20th century through genocide, according to Le Monde, more than 100 million people[2] according to The Black Book of Communism (Courtois, Stéphane, et al., 1997).[3] and according to Cleon Skousen[4] in his best-selling book The Naked Communist.[5]

It is estimated that in the past 100 years, governments under the banner of atheistic communism have caused the death of somewhere between 40,472,000 and 259,432,000 human lives.[6] Dr. R. J. Rummel, professor emeritus of political science at the University of Hawaii, is the scholar who first coined the term democide (death by government). Dr. R. J. Rummel's mid estimate regarding the loss of life due to communism is that communism caused the death of approximately 110,286,000 people between 1917 and 1987.[7]

The Reign of Terror of the French Revolution established a state which was anti-Roman Catholicism/Christian in nature [8] (anti-clerical deism and anti-religious atheism during the Enlightenment played a significant role in the French Revolution[9][10]), with the official ideology being the Cult of Reason; during this time thousands of believers were suppressed and executed by the guillotine.[11] Although Communism is one of the most well-known cases of atheism's ties to mass murder, the French Revolution and subsequent Reign of Terror, inspired by the works of Diderot, Voltaire, Sade, and Rousseau, managed to commit similar persecutions and exterminations of religious people and promote secularism and militant atheism. Official numbers indicate that 300,000 Frenchmen died during Robespierre's Reign of Terror, 297,000 of which were of middle-class or low-class.[12] Of the amount murdered via the guillotine, only 8% had been of the aristocratic class, with over 30% being from the peasant class.[13]

One of the most well known cases of mass murder during the French Revolution was the genocide at Vendée, which has yet to be officially recognized as genocide. Some estimates indicated that Robespierre and the Jacobins planned to massacre well over 15,000,000 Frenchmen,[12] and that he also intended to commit genocide against the Alsace region of France due to their German-speaking populace.[13] Besides the guillotine, the French Revolution also resulted in various other deaths, including trampling children with horses, burning people in ovens, "Republican Marriages" (which involved stripping people naked, tying them together to a log in a suggestive fashion, and then putting them into the water to drown. In the event that there wasn't enough people of both sexes, they also resorted to "tying the knot" in a homosexual manner), cutting recently raped girls in half after tying them to a tree, crushing pregnant women under wine pressers, cutting up pregnant women and using bayonets to stab the fetus inside before leaving her to die, "catching" infants thrown from a balcony with their bayonets, and using shotguns to ensure people bled out to death.[13]

Although the aristocracy as well as clergy and the monarchy were the French Revolution's primary targets for extermination, they were not above slaughtering even those that acted as their own allies for the sake of it. This was chillingly shown with Commander Louis Grignon and his orders to his troops, who had uncontrollable bloodlust, that "everyone they met was to be immediately killed, even if they were Republicans."[13]

The aforementioned actions during the French Revolution, especially the Reign of Terror in 1793, would also inspire Karl Marx with the Communist manifesto, specifically telling Frederick Engels in correspondences to each other: “There is only one way of shortening, simplifying, and concentrating the bloodthirsty death-throes of the old society and the bloody birth pangs of the new—revolutionary terror. . . . [...] Once we are at the helm, we shall be obliged to reenact the year 1793. [...] We are pitiless and we ask no pity from you. When our time comes, we shall not conceal terrorism with hypocritical phrases. . . The vengeance of the people will break forth with such ferocity that not even the year 1793 enables us to envisage it...”[14]

Nobel Prize winner Aleksandr Solzhenitsyn was asked to account for the great tragedies that occurred under the brutal communist regime he and fellow citizens suffered under.

The historical record and statistics about atheist leaders and mass murder 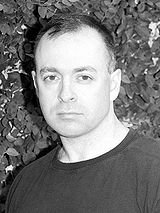 Anthony DeStefano, author of the book Inside the Atheist Mind, wrote:

See also: Atheism and historical revisionism and Atheism and the no true Scotsman fallacy

Atheist apologists commonly try to minimize or deny the role of atheism/atheists as far as atheist atrocites.[19][20][21] It is as if no true atheist could be involved for mass murder.[21]

Atheism was an integral tenet of Marxist-Leninism/Maoist/Stalinism communism (see: Atheism and communism).

As far the history of atheism in the 20th century, many atheists are not aware of the murderous atheist regimes which inhabited this historical period (see: Atheists and historical illiteracy). Part of the reason why many atheists are unaware of widespread atheist atrocities during this period is due to atheistic indoctrination in public/secular schools.

Christian philosophers and theologians explain that there are causal links between mass murder and atheism. Atheism, lack belief in God, have the following characteristics that can lend itself to mass murder and can explain why the greatest mass murderers were atheists:[23]

Estimates vary for the death toll of the atheist Mao Zedong. In his Great Leap Forward, 8 million is the low estimate while Deng Xiaoping claimed 16 million.[25] The Cultural Revolution killed from a range of 20 million to 35 million.

The president of Yugoslavia Slobodan Milosevic, who was on trial for accusations of genocide and crimes against humanity in Bosnia and Kosovo, most notably for the Srebrenica massacre, was an avowed atheist.[26]

Not possessing a religious basis for morality, atheists are fundamentally incapable of having a coherent system of morality which is based on the worldview of atheism (see: Atheism and morality).

The Barna Group found that atheists and agnostics in America were more likely, than theists in America, to look upon the following behaviors as morally acceptable: illegal drug use; excessive drinking; sexual relationships outside of marriage; abortion; cohabitating with someone of opposite sex outside of marriage; obscene language; gambling; pornography and obscene sexual behavior; and engaging in homosexuality/bisexuality.[28]